The Clifton House Hotel was built in 1833 along River Road at Clifton Hill.  It was a grand hotel that was known for hosting wealthy and famous guests, including Swedish singer Jenny Lind in 1851 and the Prince of Wales (later King Edward VII) in 1860.  Initially, the hotel had 60 guest rooms but was expanded with another wing along Ferry Road (presently Clifton Hill) which provided a total of 150 rooms. 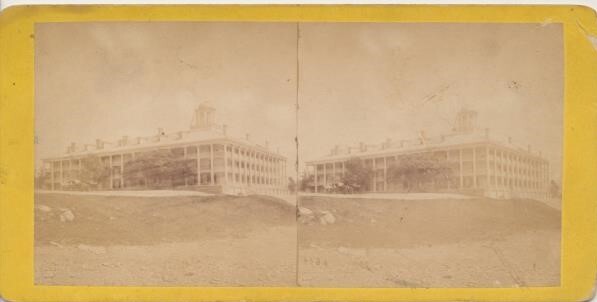 Clifton House from the American shore, with the suspension bridge over the gorge

The Cataract House Hotel was built in 1825 in Niagara Falls, New York.  It was situated on the shore near the rapids in the Niagara river above the Falls.  It was a popular and elegant hotel that hosted several famous guests, including Abraham Lincoln.

The waiters working at the hotel were largely African-American  The hotel became an important link in the Underground Railroad, as many staff acted as agents to assist slaves escape to Canada.

Cataract House was destroyed by fire in 1945. 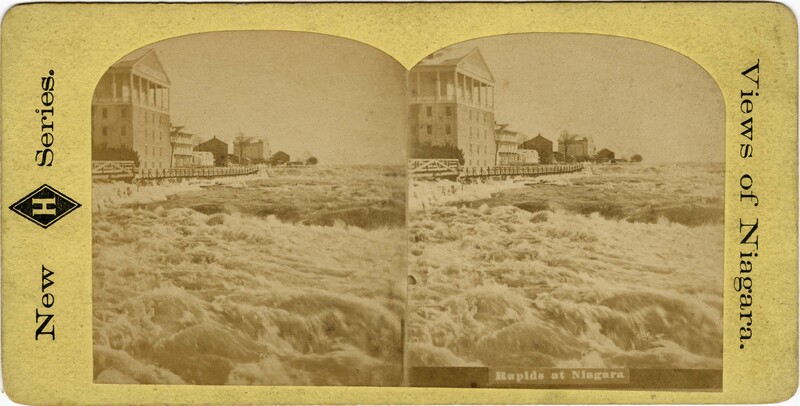 Cataract House next to the Niagara river rapids

Monteagle House was a grand hotel that opened in 1856 in Niagara Falls, New York (then known as the Village of Bellevue), near the whirlpool rapids.   It was in a convenient location for travellers because of its proximity to the suspension bridge and railway station.

By the 1860s, the hotel became more of a resort.  Mineral springs were pumped into the hotel to create therapeutic baths.   However, by the 1880s the hotel was in decline.  Tourists found it to be too far from the Falls and too close to the industry being developed in the area.   The hotel ceased to operate sometime between 1884 and 1889 and the building was sold.