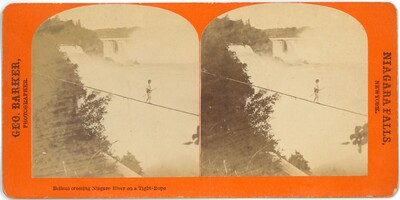 Bellini crossing Niagara on a tightrope

Daredevils, including tightrope walkers, became a popular tourist attraction in Niagara Falls.  Henry Bellini began giving regular performances walking across the gorge in 1873.  To make the spectacle more exciting he would jump from the tightrope into the river below, where a boat would be ready to pick him up.

Maria Spelterini was the first woman to cross the gorge.  In 1876, at the age of 23, she crossed the river as part of the celebration of the United States Centennial.  She embellished her tightrope walks with various tricks, including walking with her feet in baskets, wearing shackles and chains, and blindfolded.

Maria Spelterini crossing the Whirlpool rapids with buckets on her feet, ca. 1876

In 1890, Samuel Dixon crossed the River over the gorge near Queen Victoria Park.  In 1891, he walked over the River again, this time between the Cantilever Railway Bridge and Railway Suspension Bridge. 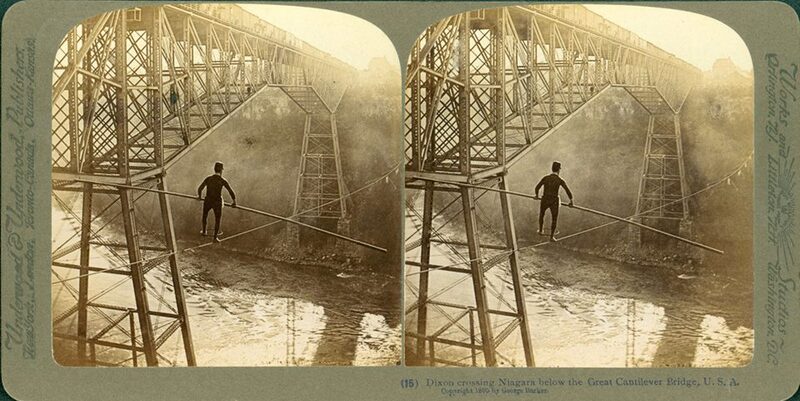 In 1892, Clifford Calverley came to Niagara Falls to try a walk over the gorge.  Not only was he sucessful, but he set a new record for speed at six and a half minutes.  He subsequently performed various stunts while crossing, including hanging by the rope, sitting on a chair, and using a wheelbarrow. 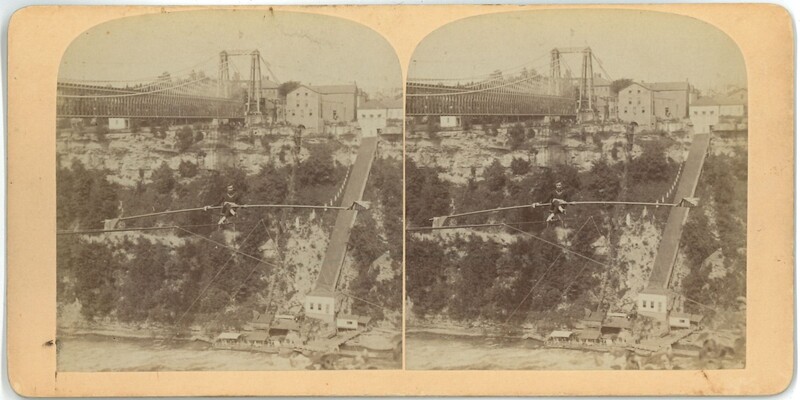 Clifford Calverley sitting on a chair on the tightrope