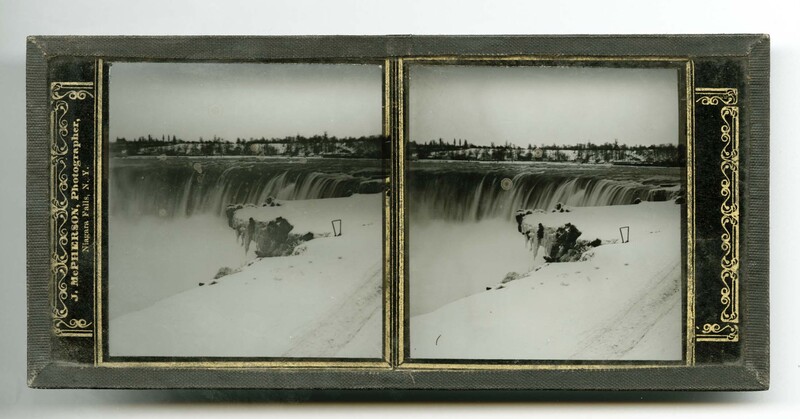 A glass stereo card of Table Rock by the brink of the Horseshoe Falls in winter, ca. 1861

Table Rock was a large, flat, rock formation next to the Horseshoe Falls in Niagara Falls, Canada.  It provided an optimal vantage point for viewing the Horseshoe Falls.  In the 1800s, the rock formation jutted out from the shore.  Part of this  collapsed in 1818, with continuous deterioration occurring throughout the 1800s.  In fact, a man was almost killed in 1850 when the large shelf of rock underneath him collapsed.  He managed to escape, but the carriage he was washing on the ledge fell into the gorge.

A traveller to Table Rock in 1848 described his experience in a travel log, writing that "as I stood in the awful place the Table Rock and looked into that deep yawning gulf below a beautiful rainbow was seen, as was the case at various other points...This is indeed a solemn, awful place, the most interesting place I had visited...I felt that it was the work of an Omnipotent friend".

Below Table Rock in winter 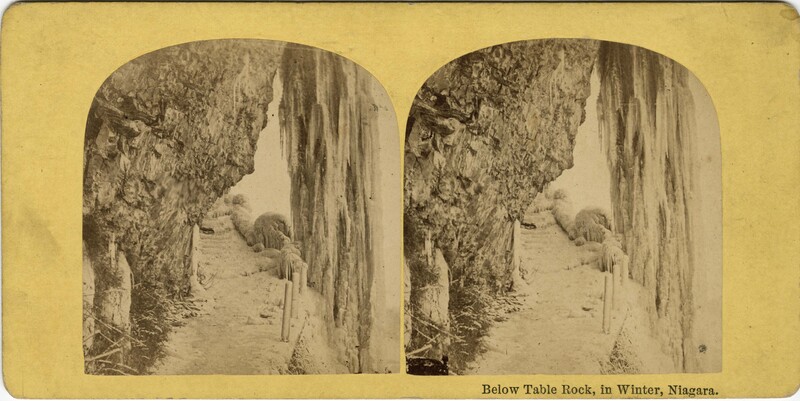 An icy path underneath Table Rock