The Americana and Canadiana

The Buffalo Dry Dock Company began running the Americana in 1908.  In 1927, the Peace Bridge opened which made it easier for people to access Crystal Beach. This led to the Americana's sale in 1928. 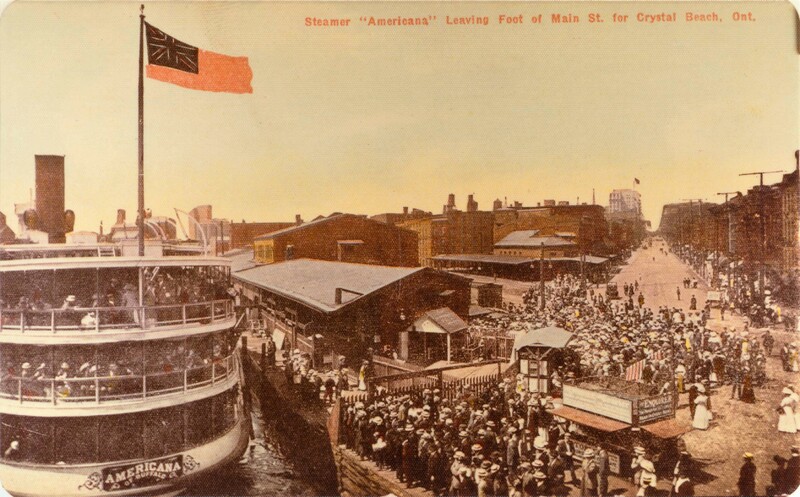 The Americana at Crystal Beach 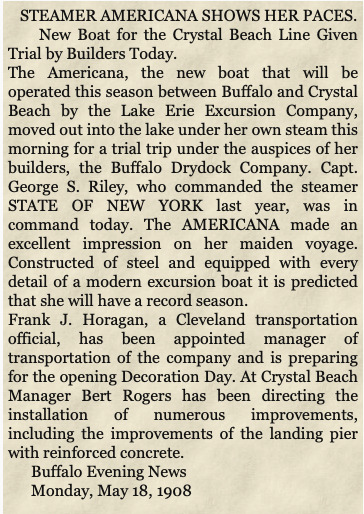 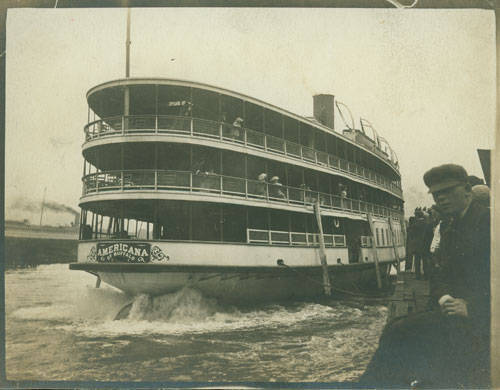 The Canadiana was a passenger excursion steamer that was used for travel between Buffalo, New York, and Crystal Beach, Ontario.  It was a luxurious boat designed in a Victorian style.  There were stained glass windows, chandeliers, mahogany cabins, and grand staircases.  In the large ballroom, there was entertainment which included: Cab Calloway, Woody Herman and Duke Ellington.  There were even slot machines onboard until the Buffalo Police shut them down in the 1950s.  She made her maiden voyage from Buffalo on May 30, 1910.  Her last run to Crystal Beach was in 1956.

People waiting to board the Canadiana 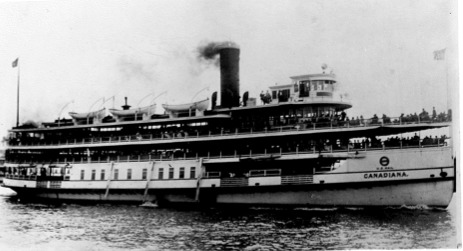