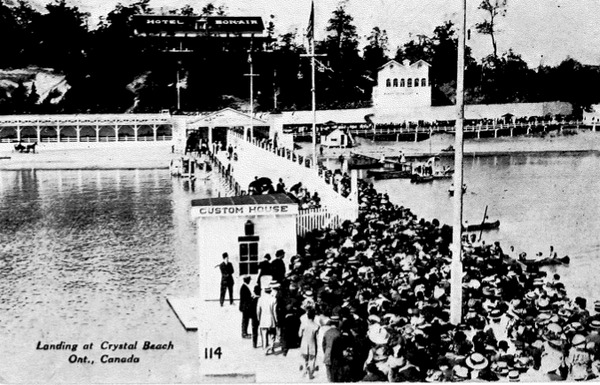 In 1909, throngs of people pass through the Custom House on the way to Crystal Beach. The Bon-Air Hotel can be seen in the background.

The midway was created after 1908 when the Lake Erie Excursion Property Company acquired the park from Mr. Rebstock.  The scenic railway, bowling alley, and the merry-go-round were added during this time.  Some of the earliest rides were man-powered and horse powered.  Wartime did not see much change, but Burnett's Fun House was built in 1918. 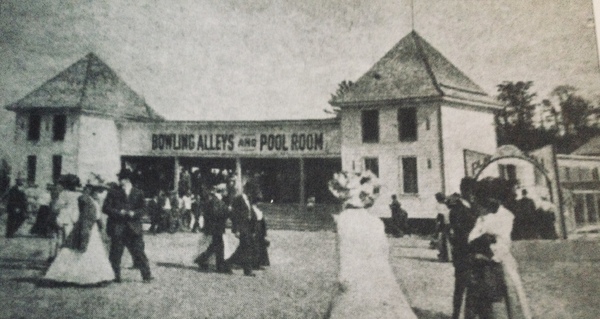 Midway after 1908. The bowling alley later became Laff in the Dark 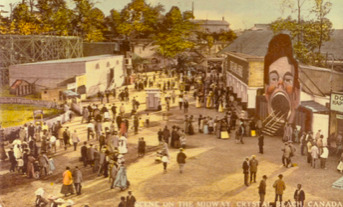 The midway at Crystal Beach

The Hall Family took over the park in 1924.  Improvements were made to the park including the building of a breakwall and the removal of a sand hill in order to expand the midway.

The park was bankrupt in 1931 but this was short-lived and George Hall Sr. bought the park back from the bank.  Money was invested in the park in the form of a bathhouse, increased parking, and a miniature golf course. Laff in the Dark began in 1936 and it took over the spot where the bowling alley had been. The midway was paved in 1939.  Other rides at that time were: the Rocket Ship, bumper cars, and Hey-Dey. 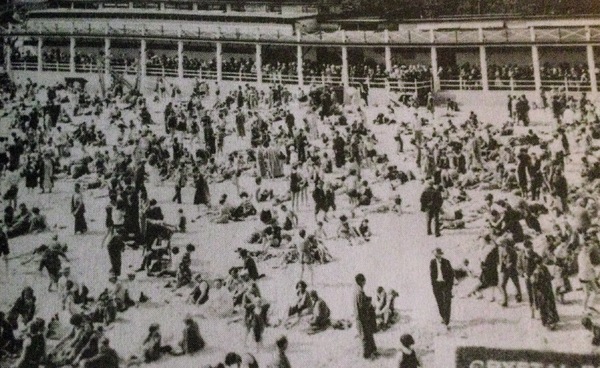 A Day at the Beach

The bathhouse can be seen in the background 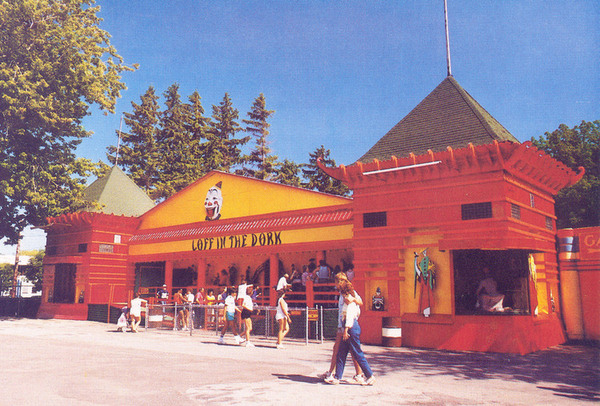 Laff in the Dark was known as a "spooky" ride