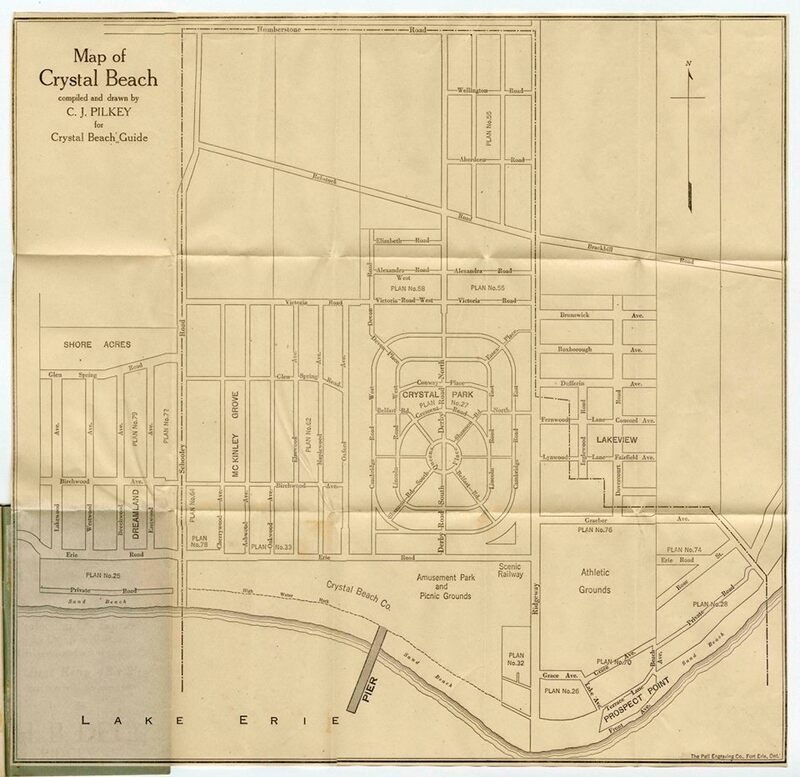 Crystal Beach became a village in 1921. At that time, there were only 298 people who were permanent residents. Crystal Beach was amalgamated with the City of Fort Erie in 1970.

John E. Rebstock, was born in Buffalo in 1852. Mr. Rebstock purchased 30 acres of lakefront property in 1888 and it is rumoured that his plan was to export sand to Buffalo to create a summer campground there.  Instead, he decided to build a religious camp that was similar to Martha's Vineyard and Chautauqua (a place of entertainment and culture - Chautauqua is an Indigenous word meaning bag tied in the middle).  There were auditoriums, tents, picnic areas, and preachers.  There was also entertainment and refreshments.  Rebstock's plan was to build a temple in the middle of the circle (as seen on the map) and have the paths radiate out to the campsites.  It soon became evident that the crowds were more interested in the amusements rather than the religious aspects of the park. 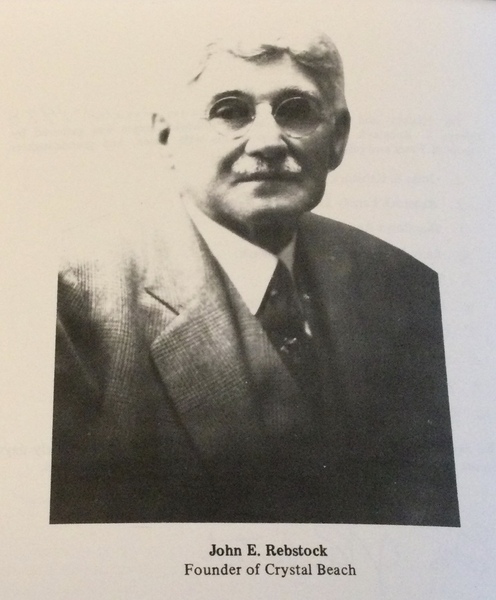 The area was named Crystal Beach in 1890.  It derived its name from the crystalline sand  and sparkling clear water.  This was the same year that  ferry service from Buffalo to Crystal Beach began.  There were different ferries that ran between Buffalo and Crystal Beach and in 1908, the Americana was built.  By 1910, the Canadiana was ferrying passengers to and from Crystal Beach. 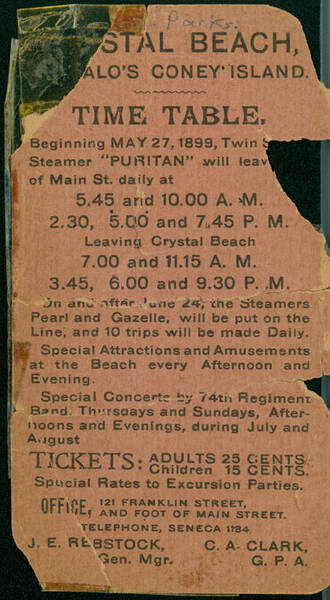 A number of ships ran between Buffalo and Crystal Beach.  The Puritan was one of these ships.  J.E. Rebstock was the general manager, agent, dock master and ticket collector for the Crystal Beach Steamboat and Ferry Company which was formed in 1892.

Mr. Rebstock had trouble funding improvements to the park and in 1908, the company was sold to buyers from Detroit and Cleveland.  Thomas Newman was the president of the company and along with George Ricker, they made many changes to the park and the piers.  In 1924, the park was sold for one million dollars.  George Hall, who sold confections was the new owner. 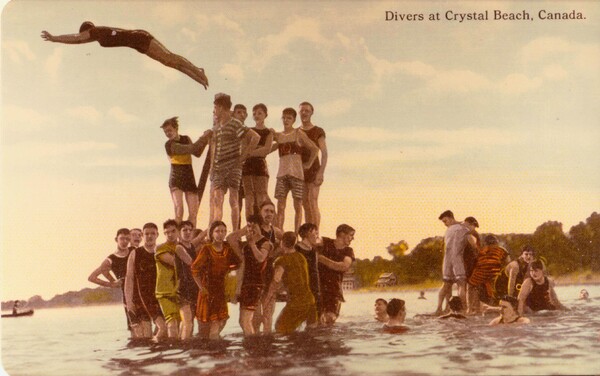 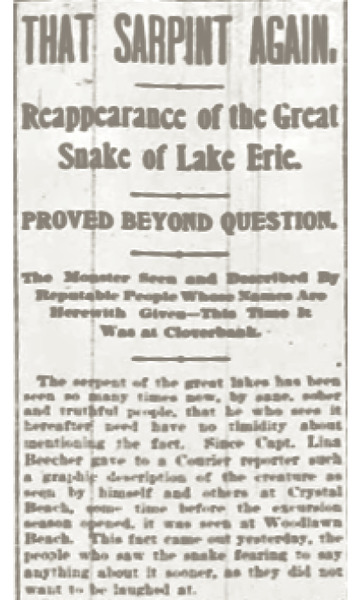 In 1896, a thirty to forty foot sea monster was seen by three independent,
reliable witnesses. It had a head like a dog and it waved a pointed tail.

Was this a publicity stunt??? 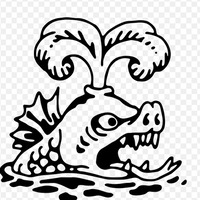 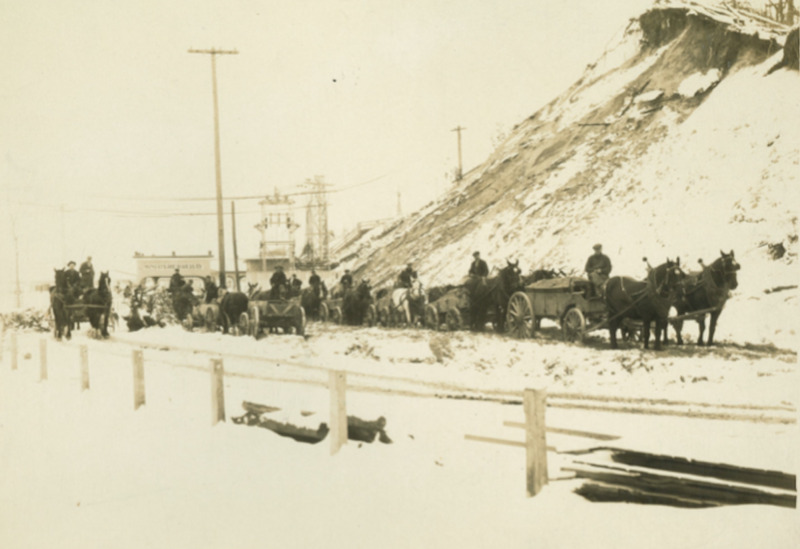 Crystal Beach Amusement Park construction at the turn of the century. The sign in the background advertises the Miniature Railway