Rides and Attractions after 1940

In 1947, the very popular Magic Carpet was added. This featured crooked rooms, distorted mirrors, and walls that moved. The exit from this funhouse was a magic carpet. In the forties, two million dollars was invested in updating the park. The park was modernized with rides such as rocket ships and an octopus with tentacles that rose and fell. 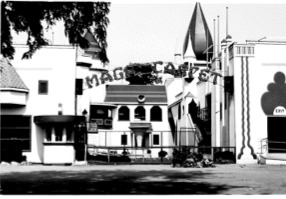 A new Kiddieland was constructed and the dance hall era ended when the hall became a roller rink in the late 1950s. 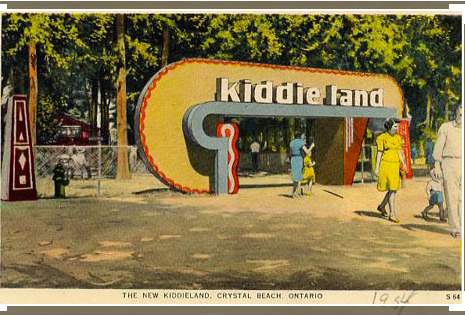 The Sky Ride was introduced in the 1960s. It is seen here, along with the Comet. 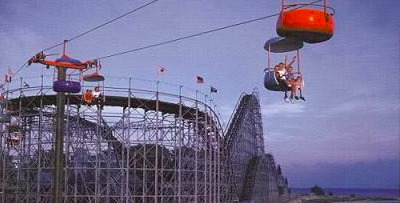 A miniature Niagara Falls was built and could be seen from the Scenic Railway. Also added in the 1970s were the Zipper and the Hustler. The Zipper was similar to a ferris wheel but the mesh cages revolved on their own axes as well as a central axis. The Hustler featured cars that rode on an undulating track. In 1975, a version of a swing ride called Chair-o-Plane was added and 1978 saw the completion of a sixty foot high water slide which was named Crown Mountain. George Hall's sons took over the park in 1972. They weren't there in the off-season and maintenance wasn't up to par. 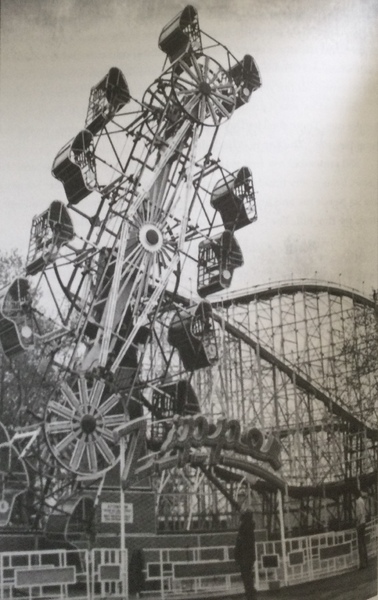 There was still an air of optimism in the 1980s and new rides were still being introduced. A log flume ride and the Flying Bobs were opened during this decade.