Amusement parks were regarded as secure, wholesome places. Unfortunately, many parks banned African Americans or discouraged them from entering the parks. Some white teens felt that it was their duty to "police" places like Crystal Beach to prevent integration. Racial conflict and delinquency were a problem at the time.

Some people believe that riot is too strong a word to describe what happened at Crystal Beach on Memorial Day in 1956. Rumour has it that on that particular day, two rival African American gangs planned a showdown at Crystal Beach. That confrontation didn't take place, but three white servicemen did hurl racial slurs at a group of African American teens. One of the white soldiers was pushed into Lake Erie as a result of his misbehaviour. The day was fairly uneventful until about six p.m. when the African American teens were told that some white boys were harassing a black girl. The boys rushed to the spot where the alleged harassment was taking place. When they got there, they realized that these were not teens, but men who were in their twenties.   The teens enlisted the help of some older African Americans and a brawl broke out. Knives and broken bottles were used in the fray. As a result, five African Americans were arrested and four white men were arrested. The Canadian police said that the outbreak was racially motivated and laid the blame on the white men. 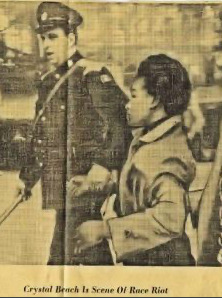 The trouble didn't end when the young people left the park. Violence broke out on the way back to Buffalo on the Canadiana. Young men were searched for weapons as they boarded the ship, but it wouldn't have been proper to search the females who were actually the ones who were carrying the weapons. As thunder rumbled overhead, gang members fought aboard the Canadiana. Families with young children were terrified. When the Canadiana docked, three suspects were taken away and scores of victims were treated for injuries. 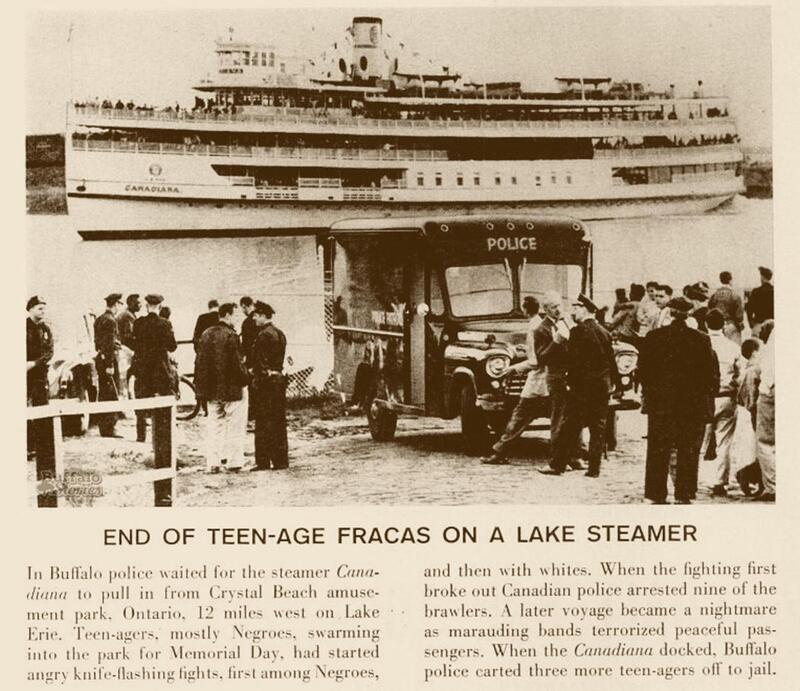