Other Forms of Transportation

It's hard to imagine that early Crystal Beach actually had a monorail. This was built in 1896 to carry people from Crystal Beach to Ridgeway. They could connect with the Grand Trunk Railway at Ridgeway. The fastest that it could travel was 25 miles per hour. It was referred to as the "Peg Leg Railway" due to the 8 by 8 uprights that supported the rails. The Peg Leg was powered by storage batteries for the first two years.  This was converted to a power line similar to a trolley line. There were never any accidents, but the public really didn't trust the system. The monorail didn't make a great deal of money and was discontinued in 1899 for financial reasons. 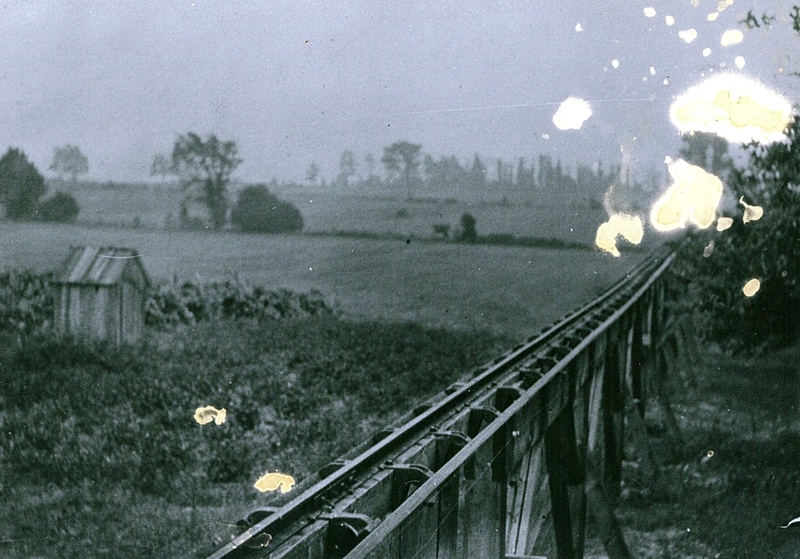 The Red Bus Line had its beginning in 1921.  It ran from Fort Erie to Ridgeway and then to Crystal Beach. It was sold in 1931 and was named Erie Coach Line. Eventually, it was bought by Canada Coach Lines. 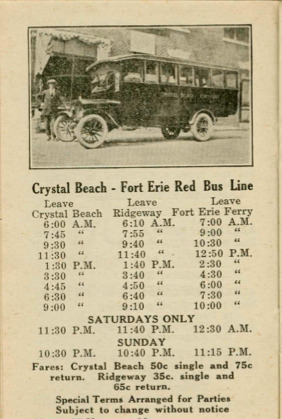