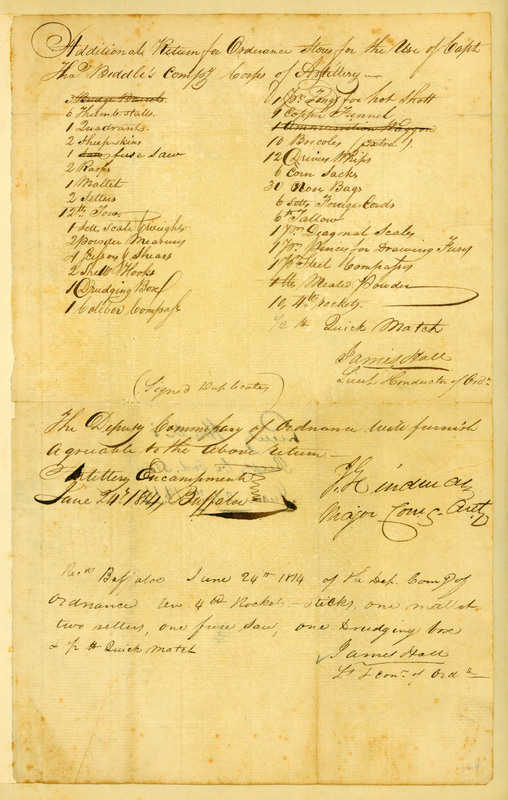 A return for ordnance stores for Captain Thos. Biddle’s company corps of artillery, Buffalo, June 24, 1814.  These supplies were likely used by the Americans in the defense of Fort Erie in August 1814.

The American's retreat from Lundy's Lane was seen as necessary by General Brown.  The American forces were exhausted and in need of ammunition and water.  The British refused to surrender and no other reinforcements were available.  As a result, they were unable to hold the favourable position they had gained on the hill and Brown ordered a retreat from the battlefield.  The British used this opportunity to reoccupy the hill, reclaiming the ground they had lost.    The following morning the Americans returned to reoccupy the hill and found that the British had not only reclaimed it but had advanced their position beyond the battlefield.  With General Brown seriously injured, General Ripley was left in charge and made the decision to abandon their position at Chippawa and retreat to Fort Erie.

The retreat was disorderly and rushed.  The Americans dumped some of their baggage and equipment in the rapids, set fire to Street's Bridgewater mill, and destroyed the bridge at Chippawa.  The retreat continued to Fort Erie, where the Americans promptly began fortifying their position in anticipation of a siege by the British.   But General Drummond was unable to begin a siege for several days.  The British troops needed time to recover from the battle at Lundy's Lane, gaps in the ranks needed to be filled, and supplies and siege guns acquired.

The British forces arrived at Fort Erie on August 4.  The siege of Fort Erie would prove to be a prolonged military engagement that continued until late September.    At first, the British attacked supply depots around Buffalo, hoping a lack of supplies would force the Americans to evacuate the fort.  When this strategy failed,  an attack on the fort itself was planned.  But the fort was strong and well-defended and the British were unable to regain possession of it.  Eventually, Drummond was forced to give up on the siege after losing weapons and suffering heavy casualties.

Despite General Drummond's failure to regain Fort Erie, the siege prevented the Americans from moving further into Upper Canada and joining forces with their Lake Ontario squadron.  In early November of 1814, the Americans abandoned Fort Erie and retreated to Buffalo.  They destroyed the fort as they left so that it could not be used by the British.   The war formally ended a few months later. 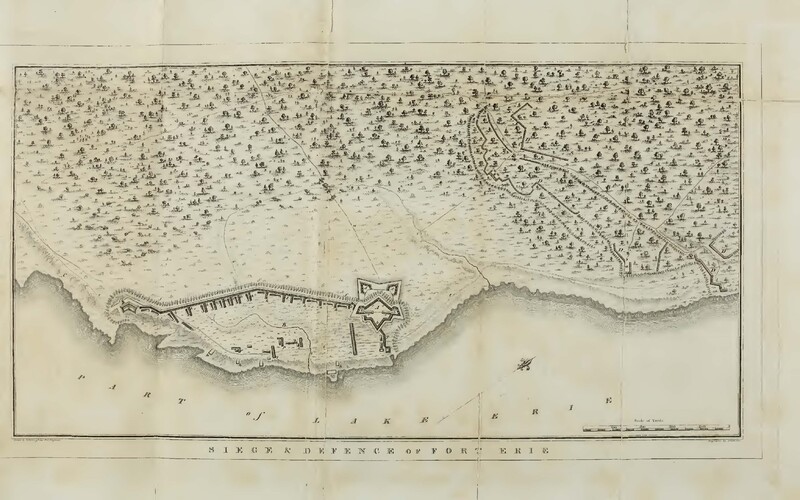