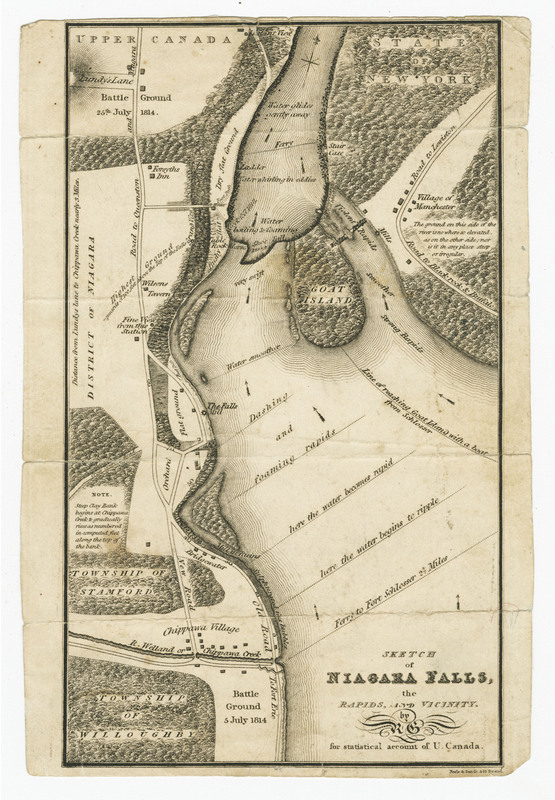 A sketch of Niagara Falls and vicinity showing the battlegrounds of Chippawa (bottom center) and Lundy's Lane (top left).  The Americans planned an ambitious offensive attack in Upper Canada in 1814, hoping to seize control from Niagara to York.

On July 3, 1814, a force of 3500 Americans under the command of Major General Jacob Brown crossed the Niagara River above the Falls and captured Fort Erie.   The invasion was part of an ambitious plan to gain control in Upper Canada.  The Americans intended to meet up with their Lake Ontario squadron and continue to raid in areas along the Lake such as Burlington, York, and Kingston.  Although the invasion initially proved to be relatively easy for the Americans, it would soon lead to a battle at Lundy's Lane.   It was the bloodiest and most deadly battle of the war, with both sides suffering heavy casualties.

The battle began in the late afternoon and lasted until around midnight when the Americans retreated towards Chippawa.  Although both sides have claimed victory in the battle, it was especially significant to the British.  The retreat prevented the Americans from executing their plan to meet up with their naval squadron and gain more control in Upper Canada.  It was an important turning point in the War of 1812.