Over the years, Estelle sought out several different career trajectories that included teacher, insurance broker, city council member, President of the Ontario Recreation Association and various community assistance organizations.  With each occupational change, Estelle maintained a passion for writing and used her creative abilities to assist her in each professional endeavor. 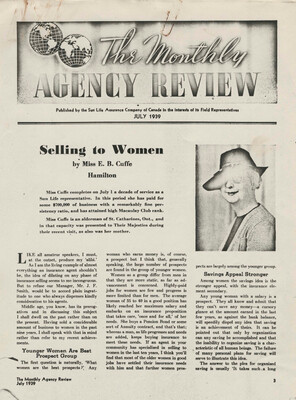 In her early years as a teacher, she wrote articles about World War I, drawing from the personal experience of the loss of her brother.  Privately, she also documented her experiences going from a five room school house to teaching in Toronto and eventually St. Catharines.  Years later, working for Sun Life Assurance Co., Estelle's abilities as a writer were highlighted in the Monthly Agency Review where she discussed her experiences as one of very few women "Selling to Women".   In 1953, Estelle married Hubert Hawley and returned to Orillia, Ontario where she worked for the Ontario Recreation Association and later editor of the ORA bulletin for six years. 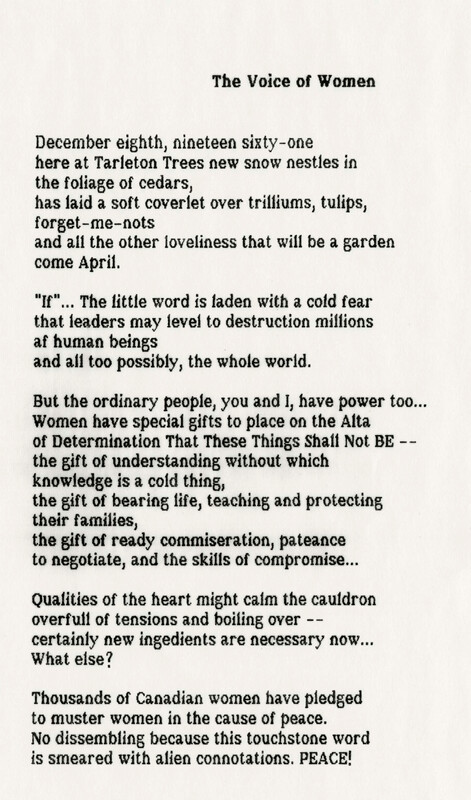 Estelle's talent as a writer was highly regarded and several of her articles were published in various newspapers including the Globe and Mail, the Peterborough Review, and the Canadian Churchman.  She was also sought out for her abilities as a public speaker; crafting inspiring speeches about peace, education, democracy, and women's rights. 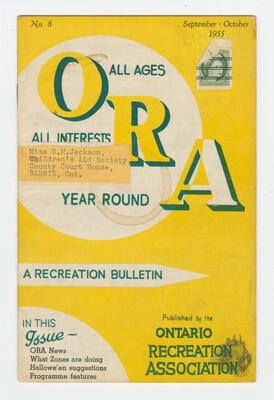 Several of Estelle's short stories regarding her childhood and experiences as an Alderman were also broadcast on CBC radio.  Her relationship with CBC broadcasting began with a speech in April of 1944 shared as part of the segment "Winning the Peace".  She continued to work with CBC intermittently throughout the years until the early 1970s.  Estelle's passion for writing came in several outlets, whether short stories, articles, poetry, speeches or dialogue for radio.  She continued to write throughout her life, documenting her emotions, values and challenges.

"...the women who like to be told what to do are nearly all dead...I don't know whether this attitude of some men is a remaining manifestation of the 'boss' perogatives of men throughout the ages, but I know it doesn't go down with the modern intelligent young woman, who, as far as I know her, is capable of arriving at decisions through thoughtful consideration."   Estelle Cuffe Hawley, 1939