The Families Drope and Cuffe 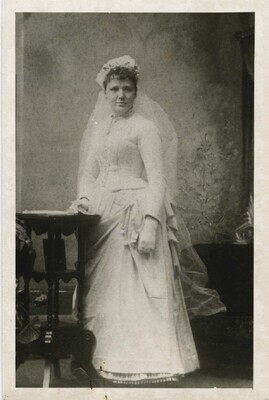 Estelle Cuffe Hawley's family genealogy is rich in Ontario historical significance, including surnames like Drope, Coyle, Tarleton, and Cuffe.  After one of Estelle's presentations about her family history, the Orillia Historical Society described her heritage as "...educated English-Irish immigrants of the early second quarter of the last century who faced all the struggles and hardships common to the pioneers.  They lived close to their God and at times, even closer to bare subsistence.  Through it all they refused to lose their cultural heritage even if it meant carrying a baby in one arm, cooking over a wood stove with the other and listening to poetry the while."

Estelle's mother, Harriet Araminta Drope Cuffe, is the grandchild of William Drope and Jane Coyle.  The Drope Family came to Canada as Irish Crown supporters as did the Coyle family, both from the area bordering Armagh.  Thomas Drope arrived in Canada with his children, but his second wife was afraid to travel across the ocean, so she remained in Ireland.  The youngest Drope child, William, married Jane Coyle in 1843.  William and Jane Drope ran a farm in Roseneath, Ontario where they raised their thirteen children. 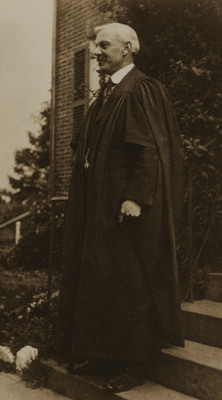 Harriet and her sibings were all educated at Roseneath; her brother William became highly involved in education and opened a prepatory school in Grimsby called Lake Lodge.  The Drope family immersed themselves in their community and Jane Coyle Drope played a significant role in establishing a road in their area.  That road is now named Drope Road in honour of the planning and labour Jane endured.

Estelle Cuffe Hawley's paternal grandparents came from Dublin, Ireland in 1850 after James Leggette Cuffe and Anna Tarleton were married the same year.  Anna was estranged from her family, likely due to her decision to marry James who already had five children.  James was advised to move to Canada by his doctor, as the climate could possibly relieve his consumption.  The family settled just outside of Hastings, Ontario, but James' health began to detiorate.   James and Anna's son, Tarleton Cuffe (Estelle's Father), was only a boy of 10 or 11 when his father passed away.  Anna Tarleton's determination to take care of her family never waivered even while striving to build St. George church in Hastings.  At the age of eighteen, Tarleton Cuffe became church warden.  It was church service that brought Tarleton Cuffe and Harriet Drope together.  The two began to sing together around the county, performing concerts.  The couple eventually married on January 25, 1888.  The Cuffes moved to Peterborough with their four children (including Estelle) around 1896 where Tarleton worked as a carpenter when there was work.  This is where Estelle found inspiration that would lead her to an impressive array of opportunities in her future.

"...it is clear that I have had an interesting life which I attribute to my heritage.  So I am glad to pay tribute to my forefathers."   Estelle Cuffe Hawley, 1976