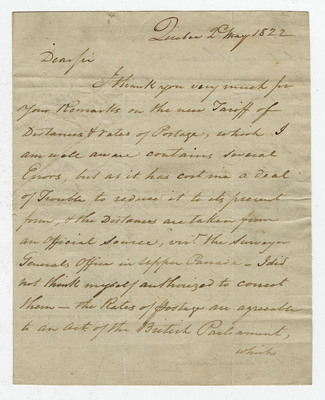 Letter to Hamilton from Sutherland about new tariffs and postage rates, May 1822

In 1820, Hamilton was appointed postmaster at Queenston by Deputy Postmaster General Daniel Sutherland of the General Post Office at Quebec (the post office headquarters for Upper and Lower Canada).  The Post Office at Queenston became the first distributing post office in Upper Canada in 1802.  Mail from a packet steamer was loaded onto several wagons and taken to the post office to be sorted, distributed, and forwarded.  At one point, 18 clerks were employed to carry out this work.  In 1820,  Sutherland decided that the best way to route mail to and from the United States on the Niagara Frontier and west would be through Queenston.   This would enable faster postal service to and from the packet ships at New York from overseas.   Hamilton became postmaster later that year. 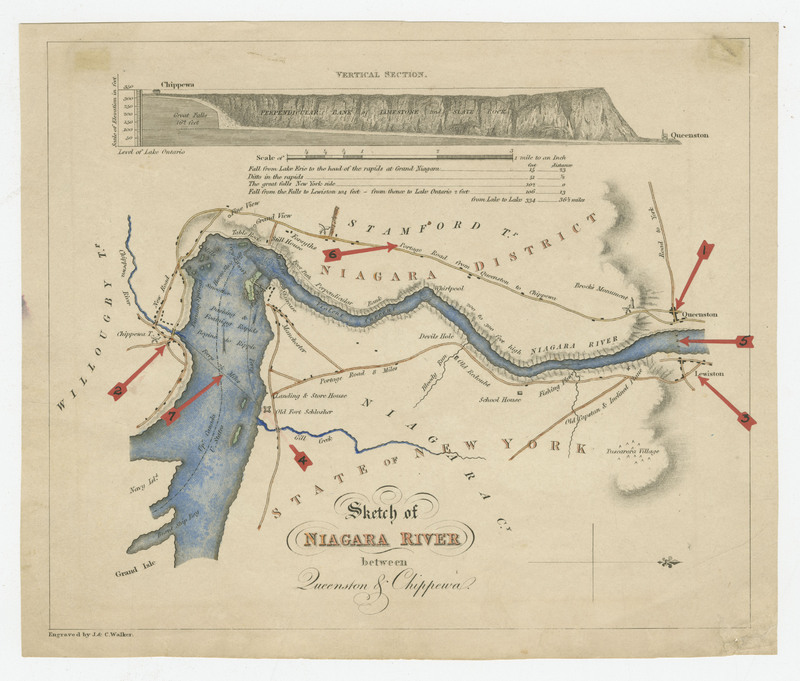 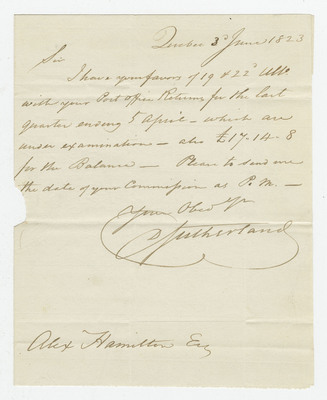 Letter to Hamilton from Sutherland about Hamilton's account and date of commission, June 1823

With Queenston as the main distributing post office for American mail coming across the Niagara River, Hamilton would arrange procedures and fees with the Postmaster at Lewiston, rather than the Deputy Postmaster General (Sutherland).  Sutherland was aware of this arrangement and even encouraged it.  Occasionally, Hamilton would apply to Sutherland to cover losses incurred for overdue postage not paid by interior post offices or for the return of undelivered American mail. 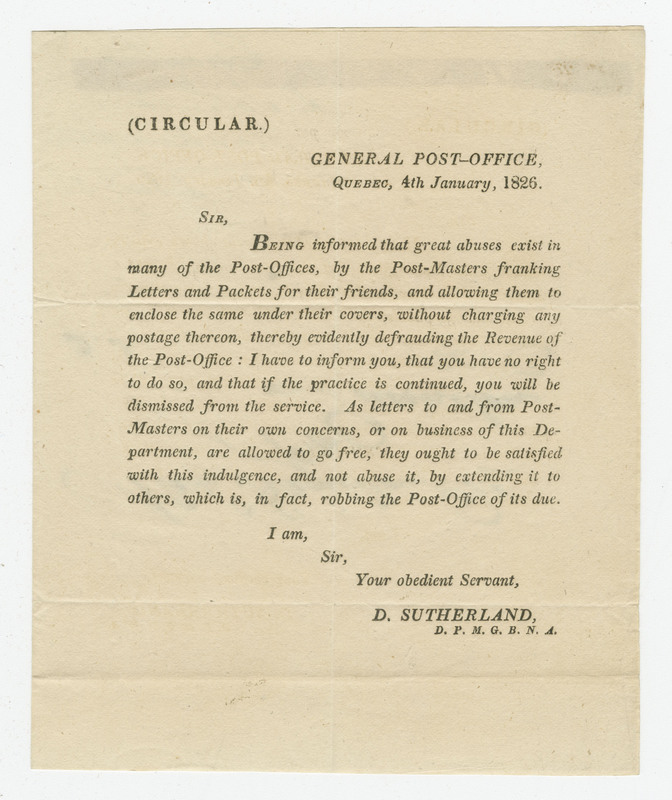 Circular from Sutherland about the practice of franking letters, January 1826