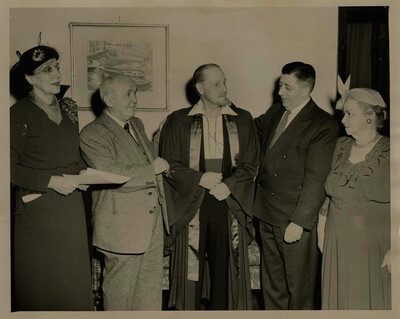 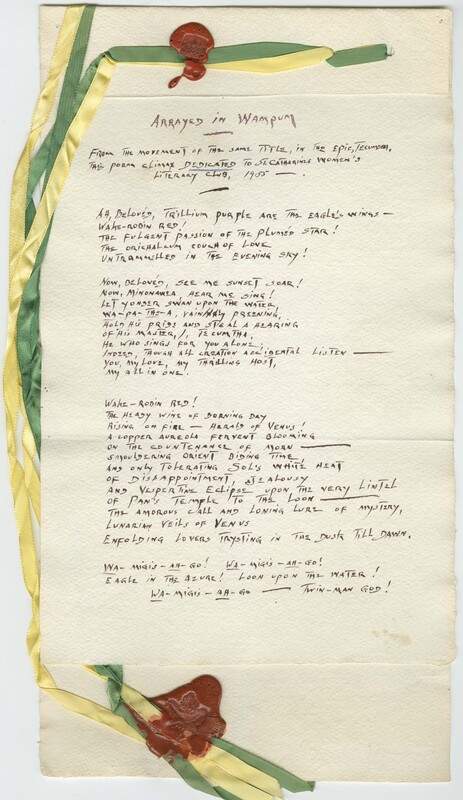 Wallace Havelock Robb has been described as a naturalist, historian, poet and much more.  He lived on a 500 acre estate just outside of Kington, which he named "Abbey Dawn".  It was sometime around the late 1940s that the Women of the Literary Club of St. Catharines came to know about Robb.  The group began to attend his poetry recitals and they soon formed a friendship.  The Women's Literary Club began to sponsor their own Robb recitals held in St. Catharines, inviting literary friends like Dr. Louis Blake Duff and Mr. A.E. Coombs.

The friendship between the Women's Literary Club and Wallace Havelock Robb endured for many years.  He would often write to individuals in the club sharing information about his upcoming recitals and include portions of his poetry in his correspondence.  Robb was so fond of the women of the club, that he devoted a portion of his poem "Arrayed in Wampum" to them. 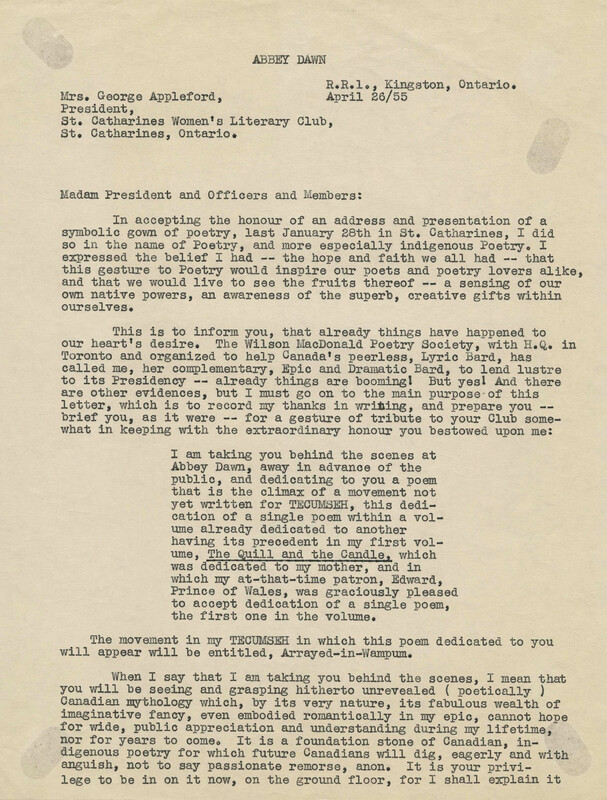 The Women's Literary Club of St. Catharines were such an immense support for Robb throughout several decades of his career.  In 1955, the women held an event for Robb to recite some of his poetry, there he was also presented with a robe by the club.  The women had a poets robe especially created for Robb with symbols of on both arms.  The colours are described as wine-red representing trilliums with bands of blue for bluebirds, on one arm a symbol of gold for the sun and on the other a green laurel wreath for his poetic achievements. 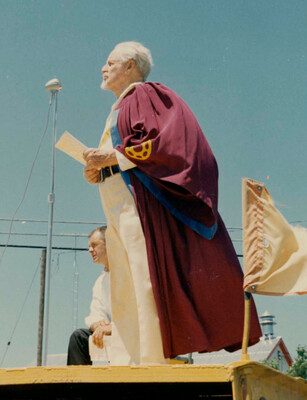