"There is room and need for a Women's club in St. Catharines; plenty of talent, literary and musical, to carry it on successfully.  Who is willing to take on the initial step toward organizing and to sustain some kind of a study class?" This would be the first call to the women of St. Catharines and the start to  a club that would last over one hundred years.  The group made it a point to celebrate the birthday of their remarkable club on December 3rd each year.  The celebrations usually included a birthday cake and formal attire.  On some of the more monumental birthdays, there included a programme and guests were invited who had been associated with the club over the years. 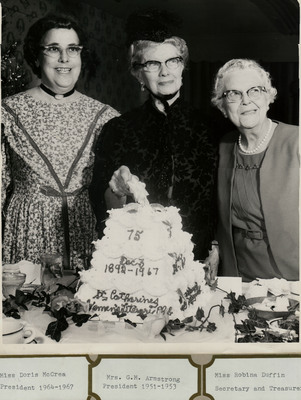 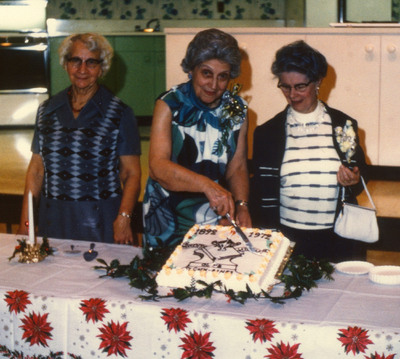 The Women's Literary Club of St. Catharines survived over one hundred years as an organization focused on literary abilities and passions.   The club also worked to improve the community around them by dedicating time to raising funds for those in need.  They would organize teas, garden parties etc. to raise money for various groups (hospitals, children, etc.).  The women were also invovled with the city of St. Catharines art council in purchasing Rodman Hall. 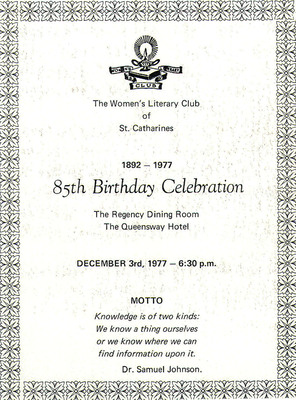 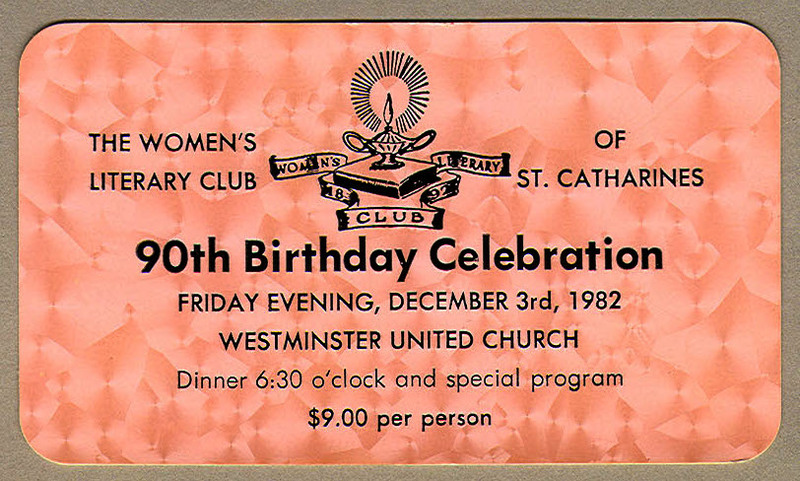 An organization that included seventeen presidents and countless members, the club managed to ignite a passion for the arts within their community.  In one of their retrospectives, the club writes:

"The topics discussed at our fourtnightly meetings are varied, and in the diffusion of knowledge one becomes richer and broader in one's sympathies.  Although sometimes going far afield, our discussions are within the Empire.  We acknowledge the genius of today and help keep alive the names of great men and women who have lent lustre to our past, and in the study of poetry and art we have seen the genius of the Canadian people in its highest form of expression."

The final meeting of the Women's Literary Club of St. Catharines was held February 19, 1994. 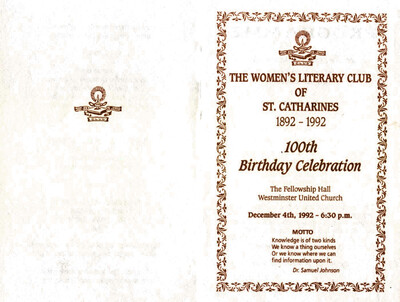 Programme for centennial celebration of the Women's Literary Club of St. Catharines, 3 December 1992 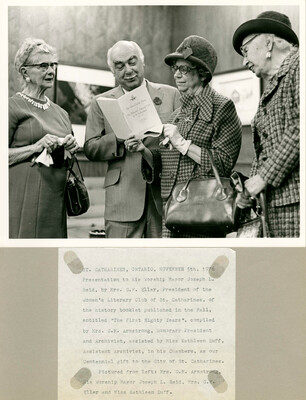