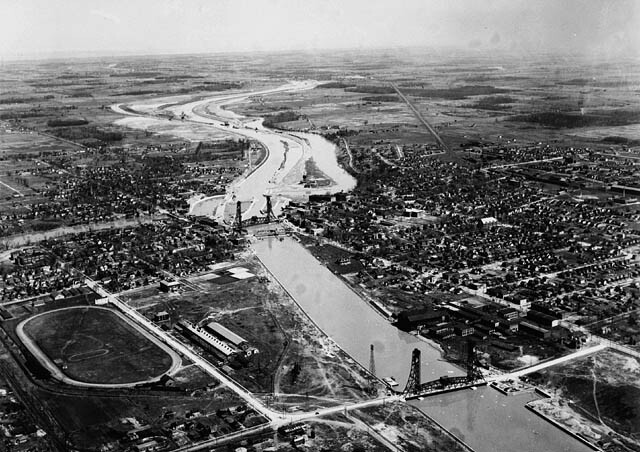 An aerial view of the Welland canal in the city of Welland, looking north, 1930.  Library and Archives Canada.

The Welland Canal is an important link in the St. Lawrence Seaway transportation system.  The canal connects Lake Ontario and Lake Erie, bypassing Niagara Falls and the Niagara River rapids.  It has had a significant impact on the Niagara region's landscape and communities.

When the first canal opened in 1829, it was used not only to navigate around Niagara Falls but also to provide power for mill sites.   Local communities developed as a result of canal construction and operation.  Over the years, subsequent canals were built, enlarged, and improved upon.   The fourth and most recent Welland Canal was constructed from 1913 to 1932 and remains in operation today.

The extensive history of the Welland Canal in the Niagara Region can be found in the remnants of the old canals and related structures. 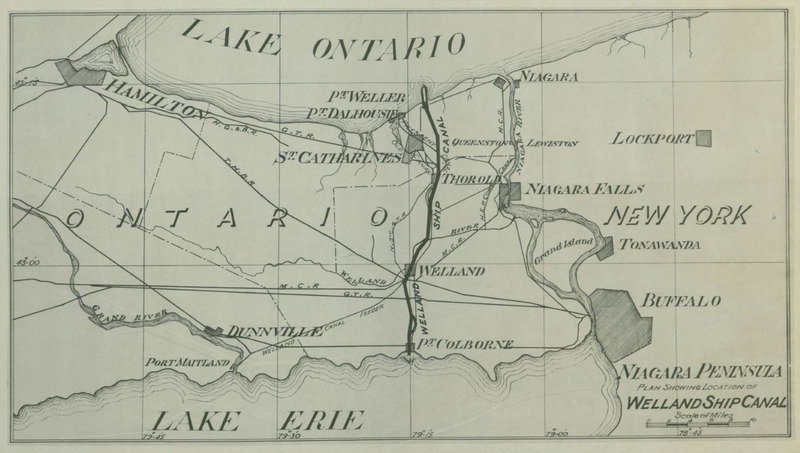 Plan showing the location of the Welland Canal.