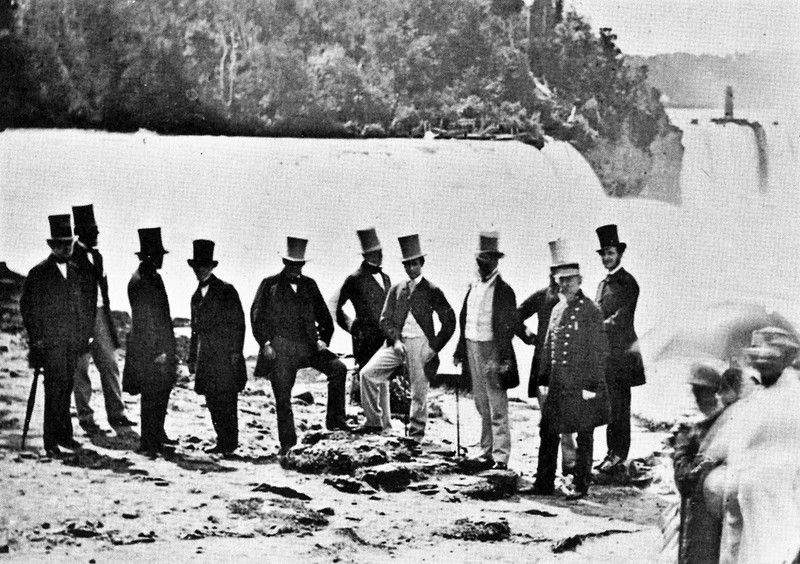 The Prince's stay in Niagara Falls had an inauspicious start.  A procession of carriages brought Albert Edward into the town.  Bengal lights, a long lasting flare, flanked all sides of the platform where the Prince was to be formally received by the County Warden James Cummings.  The lights gave off so much smoke that the Prince began to choke.  The flares were tossed to the ground and set the platform on fire.  Once the fire was managed, a choir of school children on a second stage were set to sing the national anthem.  This structure collapsed under their weight leaving "...the little singers all rolled ingloriously in a heap."  Fortunately, the Prince found these follies amusing and things improved from there.

Albert Edward spent three days at the Falls taking in all the sites.  This marked the first time the Falls were illuminated with colour.  Commodore Seymour noted in his journal:

"After dinner the Falls were lighted up with great success by Mr. Blackwell (the Manager of the Grand Trunk Railway) who placed large quantities of blue lights & afterwards red lights from Table Rock to the edge of the lower water and along the path that leads down to the Ferry from the Clifton House. Its effect was very good.”

It would be 17 years later when this would happen again with electric lights.

The Prince was drenched walking behind the Horseshoe Falls, rode the Maid of the Mist, toured the American side of the Falls, played lengthy games of bowling / skittles, and was an honoured guest across the new Suspension Bridge.

The hightlight of the Prince's time in the Falls were the feats of famed tightrope walker, Charles Blondin.  Blondin crossed the Niagara River on a cable three times with the future king in audience.  On the first crossing, he did somersaults and headstands across the gorge.  For his second attempt, Harry Colcord, Blondin's manager, was carried on the stuntman's back.  If Blondin had his way, the third pass would have seen Blondin pushing the Prince across the wire in a wheelbarrow.  Albert Edward's entourage had to convince the Prince to not take the offer.  Instead, Blondin's last walk was on stilts - the first time he ever tried such a deed.  For all his efforts, the Prince met Charles after the performance and presented him with £100. 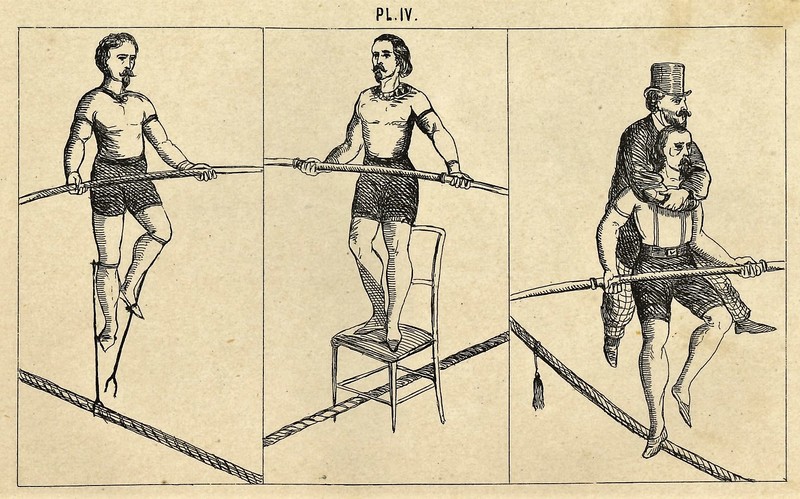