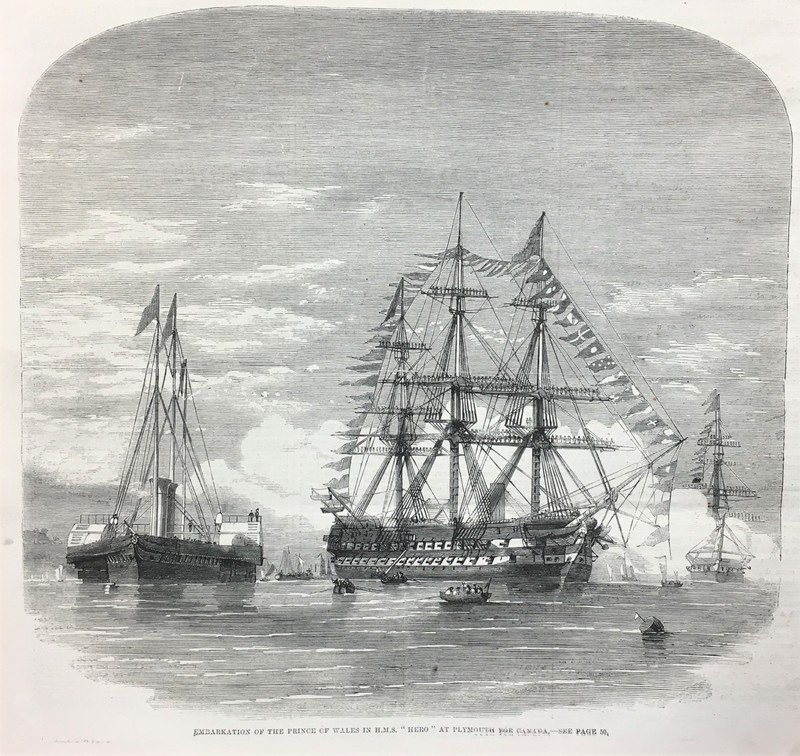 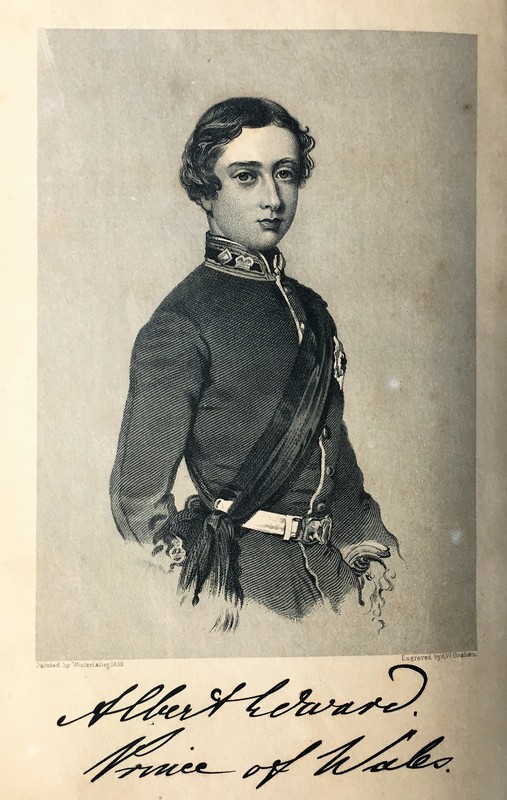 In 1860, Albert Edward, the Prince of Wales and heir apparent to England's throne, embarked on a goodwill tour to Canada and the United States.  Historically, this would become the first royal visit to British North America which would later become the sovereign nation of Canada in 1867.

Commodore George Henry Seymour was given the privilege to lead the fleet and accompany the Prince on the journey.  Seymour's duties were great.  Not only was he primarily responsible for the future king, but several other notables made up the Prince's entourage.  Seymour's diary entry for July 9 reads:

"HRH (His Royal Highness) came aboard accompanied by the Prince Consort Suite consisting of General Bruce, Colonel Teasdale, Captain Grey, and Dr. Ackland.  Besides them, the Duke of Newcastle and the Earl of St. Germains were in attendance and Mr. Engleheart fresh in Colonial office came as Secretary to the Colonial Minister.  Prince of Wales slept onboard."

They left Plymouth Sound, England in July 10 on the ship the HMS Hero. The first stop of the tour was in St. John's, Newfoundland.  From there, the party made its way west towards Ontario.  At most stops, the 18 year old Prince was met with great enthusiasm.  Each city welcomed Albert Edward with elaborate speeches and presentations.

By September 14, the Prince had made his way to Niagara.