H.C. Blenkhorn wrote about the important job that the company had during wartime. He noted that this did not entail the hazards, suffering, and hardships of the men at the Front, but it was important to supply them with needed equipment. The production at English Electric at this point in time (1944) was over 70% for the British and Canadian Navy.  English Electric supplied equipment for transport, ferries, maintenance vessels, and minesweepers. There were various ways to help in the war effort. Staff bought bonds and stamps, and some donated blood.

H.C. Blenkhorn thanked the men who served in the Armed Forces. He looked ahead to the post-war years with the hope for security and prosperity. 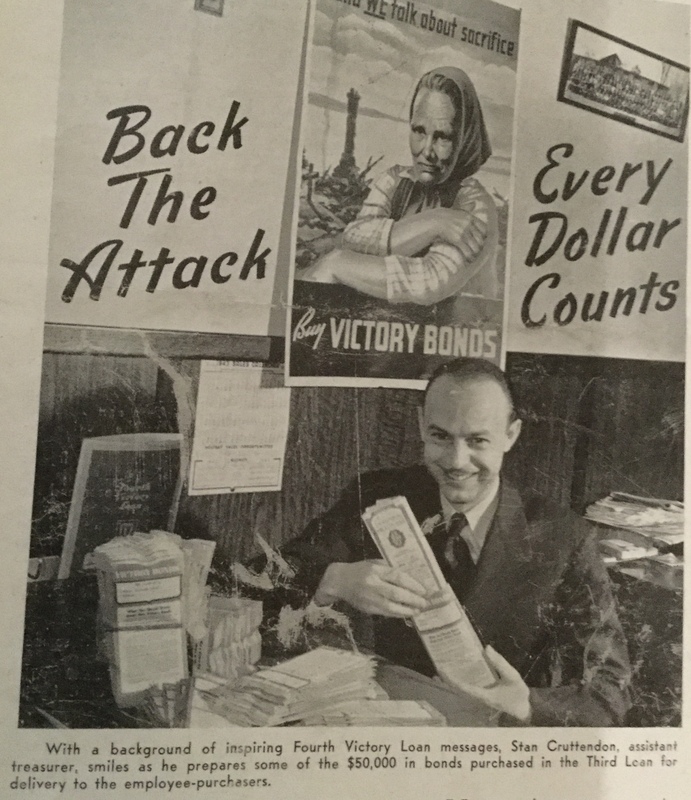 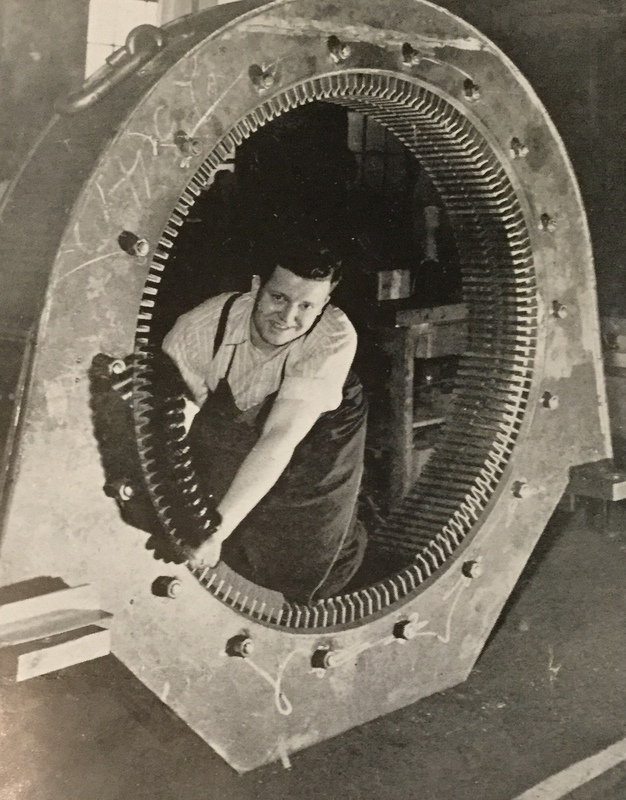 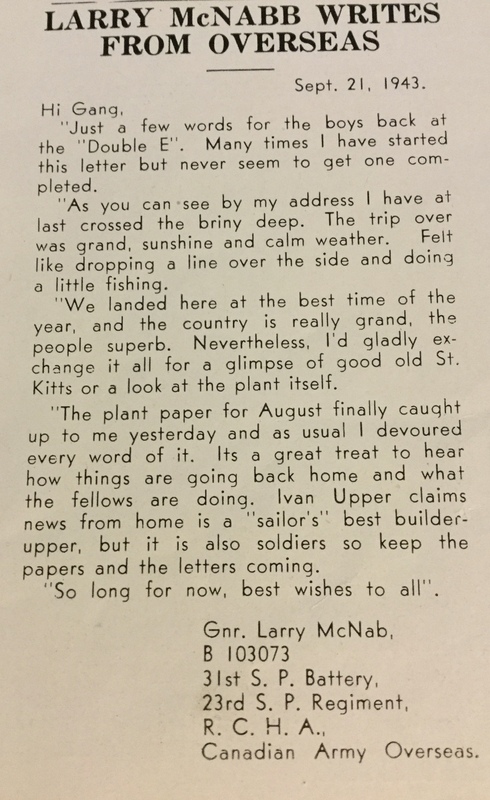 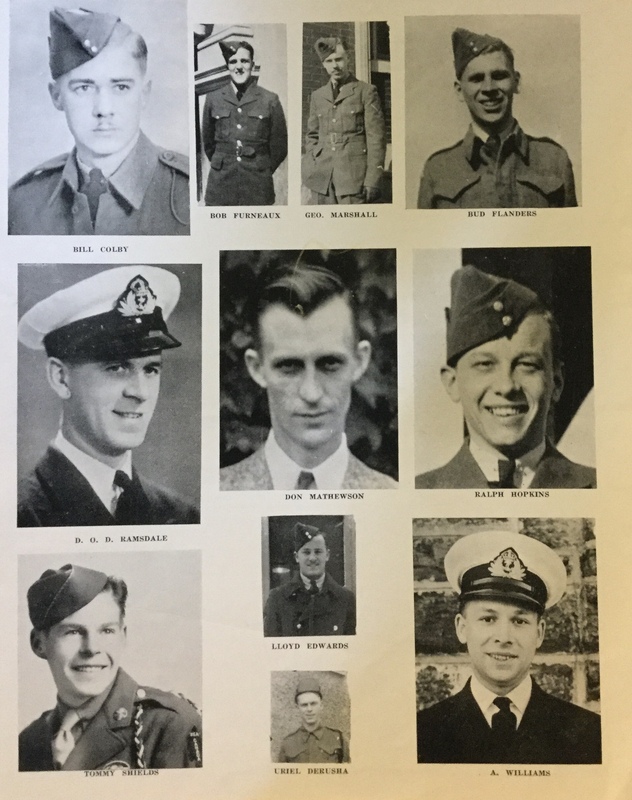 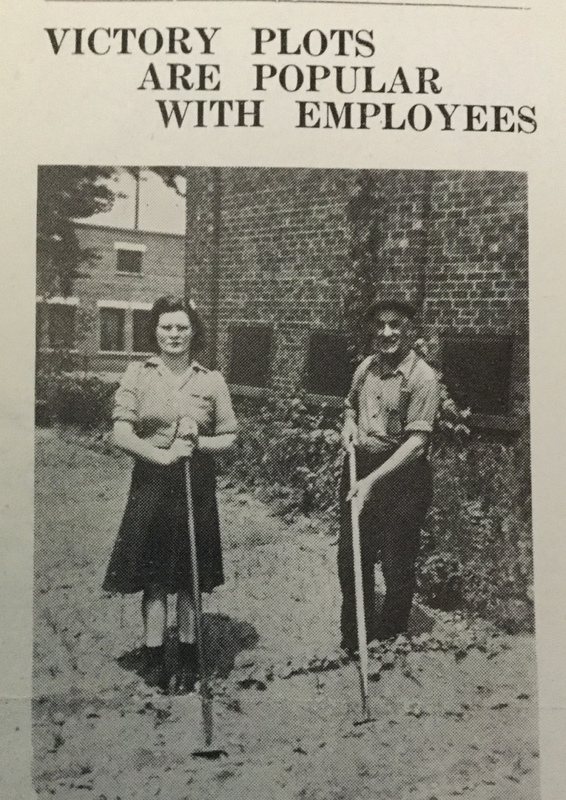 Land adjacent to the English Electric former sub  station was provided by the company for employees to grow a victory garden. Joanna Kozyskiy of the Transformer Department and Thomas Mason, Yard Foreman, are seen working in the garden. 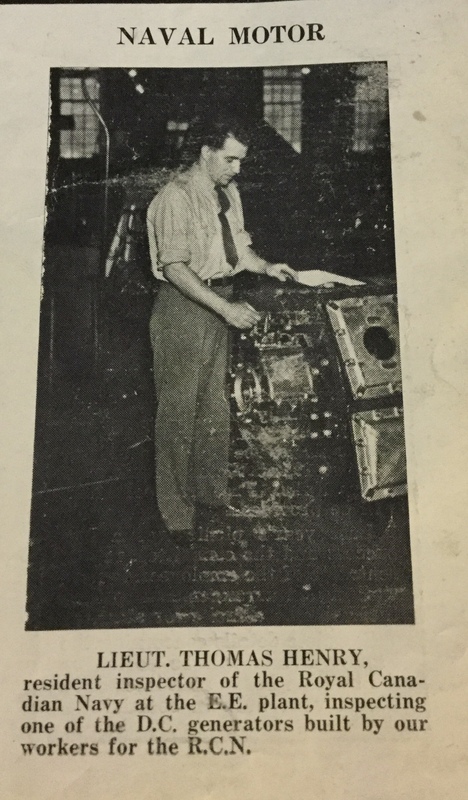