The Company changed its name to the English Electric Company of Canada, Limited. Despite the ties to Britain, the company remained Canadian in ownership and in personnel. The range of products was increased to include: transformers; induction and synchronous motors; alternating current and direct current generators; circuit breakers of the oil break, air break, and air blast types; switchboards and switching equipment; resistance welding equipment and other miscellaneous lines.

The company expanded in both physical scope and products. By 1947, new buildings had been erected and manufacturing facilities had been expanded. Products included: motors of all types, generators, power and distribution transformers, switchgear, resistance welders, and many smaller items. A subsidiary company, ElectriCanada Limited was also introduced.

When the company was first established, electrical energy was just beginning to replace steam engines and water wheels in most industrial plants. Industries such as pulp and paper, the electro-chemical industry, and the aluminum industry had developed and expanded largely due to abundant low cost power.

1. Design by English Electric's design engineers - much of which was custom-built to purchaser's needs and specifications

2. There were various stages of manufacture in the shops.

3. There was a sales team staffed by English Electric engineers. These salespeople were competent and could advise customers on their projects.

The main basis of English Electric was the spirit and morale of their employees. They believed that their progress depended on how effectively the employees could work together.  English Electric tried to break down the gulf that often exists between management and labour. 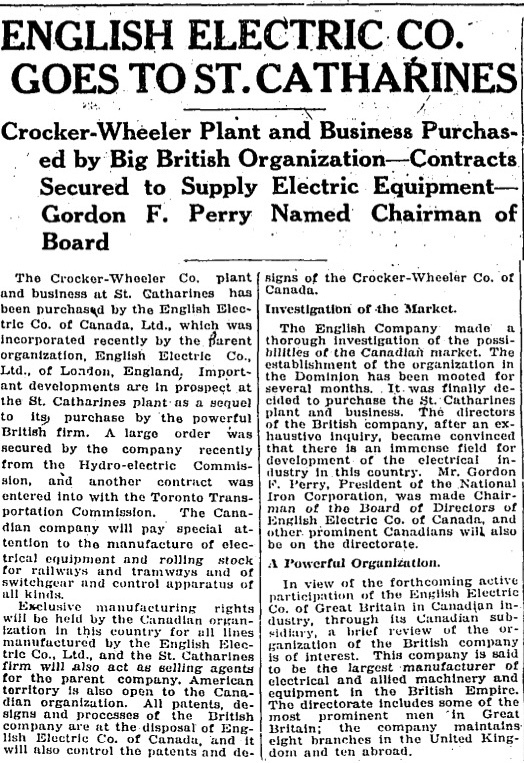 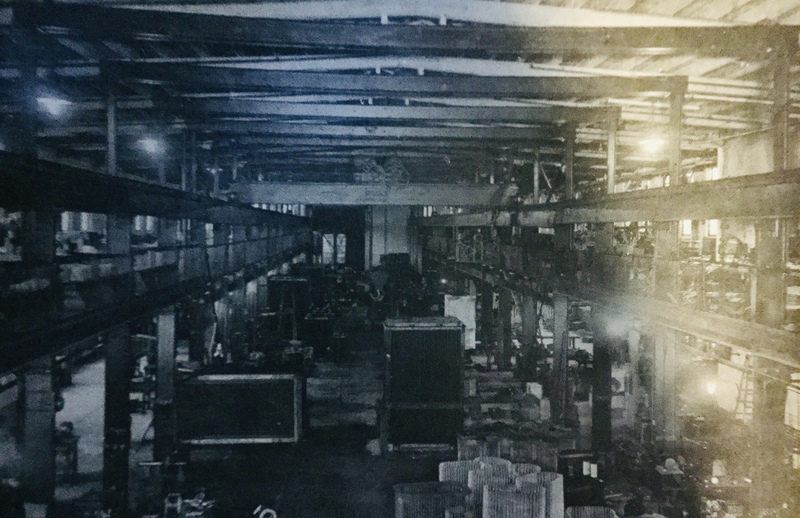 The Crocker-Wheeler Assembly Department in 1911.

In 1945, Inglis acquired a controlling intererst in English Electric of St. Catharines. English Electric became a wholly owned subsidiary of John Inglis in 1947. The depression of 1957-1958, caused the electric business to suffer and the company was shut down. This was supposed to be a temporary move, but by 1960,  English Electric became just one of a number of small plants which were shutting down in the Niagara Peninsula. In 1961,  the operations moved to Scarborough. 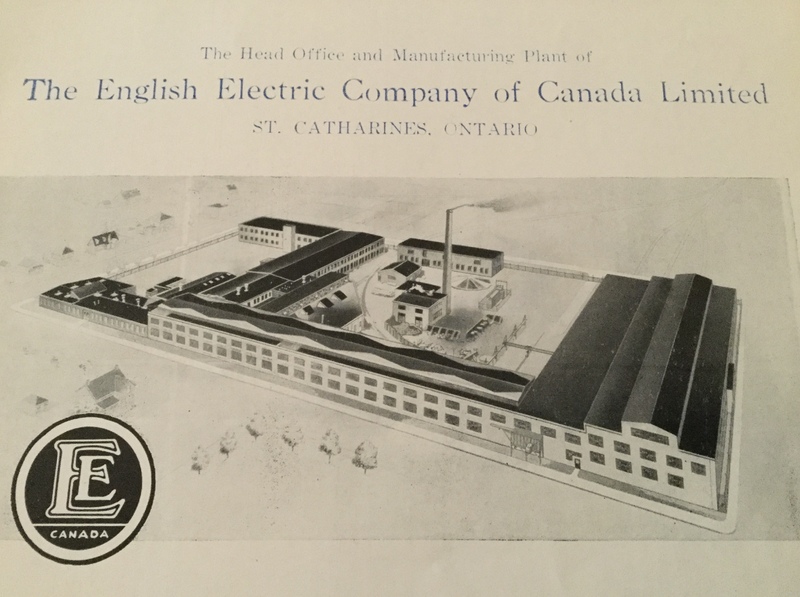