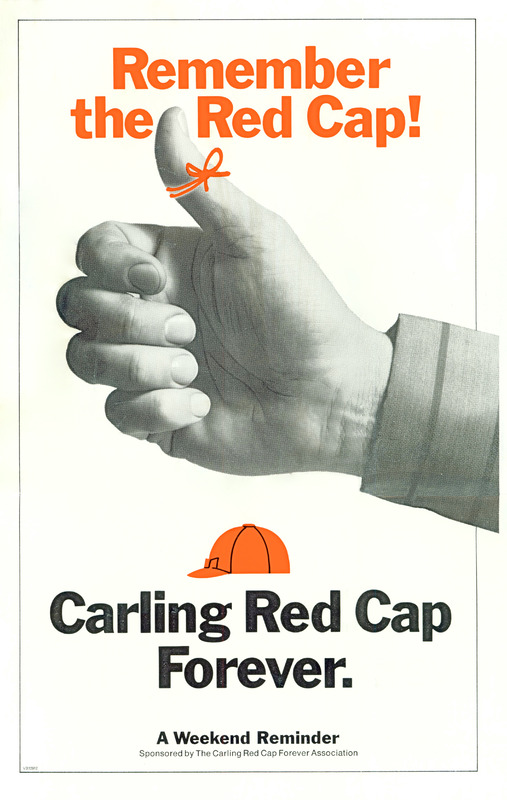 The objective was to create a strong awareness of Carling Red Cap as a leader in the ale field and to build sales in the 21 to 35 age bracket while strengthening brand loyalty in the over-35 segment. What happened was a phenomenon. It began shortly after Terry O'Malley met with the client:

Jack Bush and I went back to my office. As I sat behind my desk, Jack said, “Well Chief, what do you want to do?”

I’m not sure where the thought came from because I hadn’t been tucking away campaign ideas, but I said, “The beer is shrinking in popularity. There are fewer and fewer drinkers, so I think we should make them the heroes. I’m thinking that we make it so others want to join them. And I see an anthem, a salute and some kind of association.”

I had written it on a piece of paper on my desk, and I held it up so Jack could see the words:   Carling Red Cap Forever. We were off.

It was a full run campaign - television, radio, and print. Carling Red Cap was everywhere. 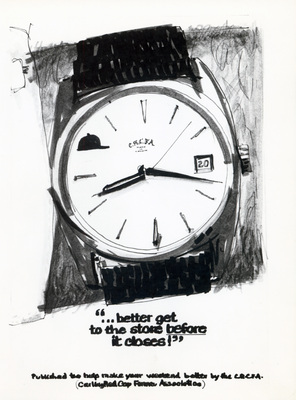 A rough sketch for a magazine ad. 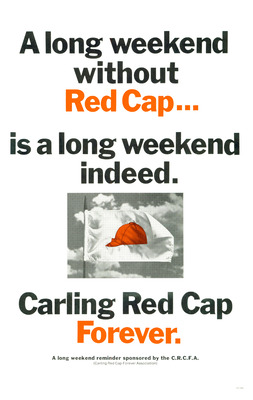 A poster for the long weekend. 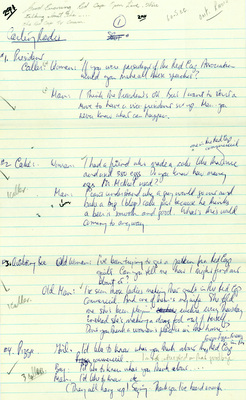 A draft script for a radio ad.

The official anthem for the Carling Red Cap Forever Association:

To hear the song, click the video clip to the right.

The Carling Red Cap Forever television ads began on 1 July 1967 and the results were staggering:

Terry O'Malley noted, "I'd done fine up until then. But if you were a singer, this was like having a major hit."   Carling Red Cap had gone viral before viral was a thing.