In January 1988, Terry O’Malley assembled a group of ad-men who could help formulate the election campaign strategy for the Liberals.  The campaign was called ‘Red Leaf’.  What followed were months of back and forth meetings, correspondence, and faxes between the team and the other members of the Red Leaf Liberals that shaped the upcoming election between John Turner and Prime Minister Brian Mulroney.

The television ads created by the Red Leaf Team criticized Mulroney and the Conservatives for favouring free trade with the United States and for their use of American style political attack ads.  This prompted this strong response by the Liberals.  Two such television ads were particularly memorable - one depicting an American arrogantly erasing the Canada-U.S. border, the other showing Prime Minister Mulroney saluting the American flag. Here are the early drafts for these 30-second television spots with the finished products available to the right. 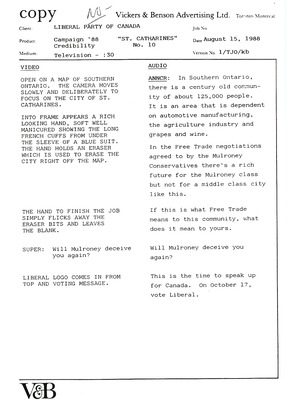 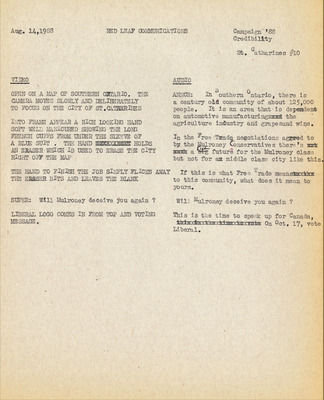 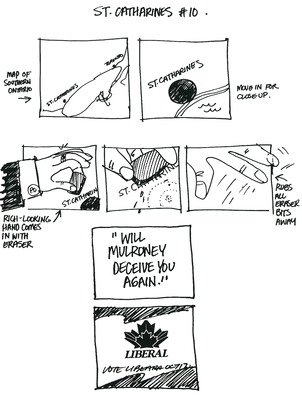 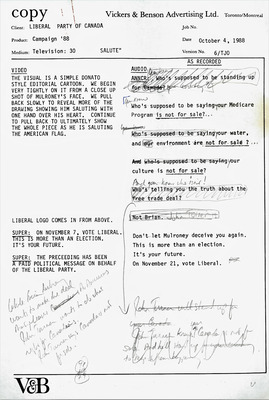 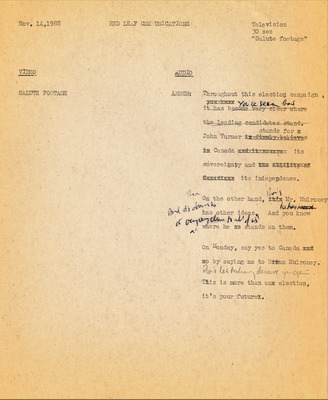 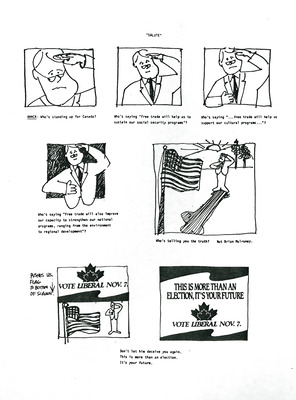 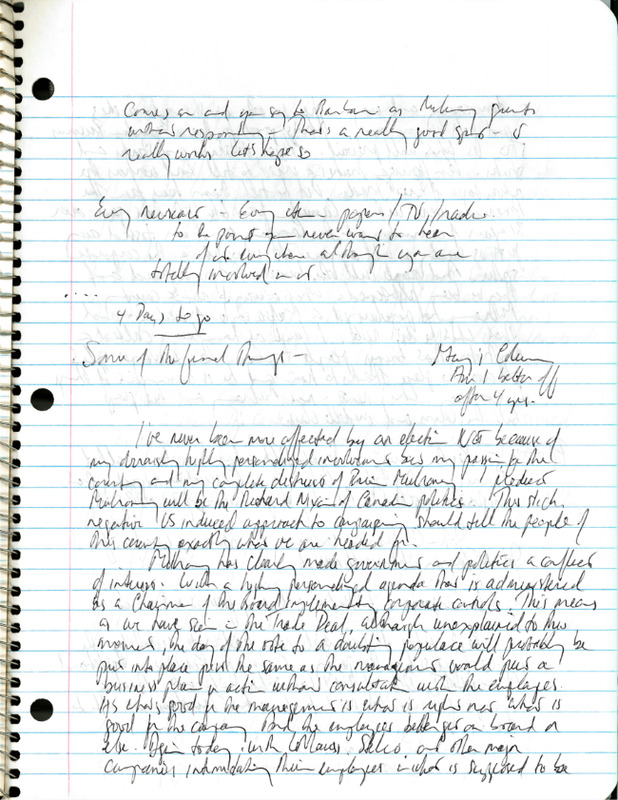 The Red Leaf marketing team met regularly to discuss all aspects of the campaign.  Foreseeing the historic importance of the upcoming weeks, Terry O’Malley kept a running journal recording his inner thoughts and ideas, key points, and a sense of how the campaign is going.  For example:

Despite all the good work, the election results favoured Prime Minister Mulroney in the end.  Terry's disappointment is very evident in his journal.

Election Night -  It’s 8:45 and already the CBC has the computer declaring Mulroney PC majority…  I have always felt that the Office of the Prime Minister must be that of respect and admiration.  Something we must aspire to.  I feel we have reached a new low in political standards.

I’m sick.  Maybe I should have done more. Sought the big idea.  Worked harder at making more out of a little. The extra effort.  Did I honestly give it?  I’m not sure.

Regardless of the results of the election, the people who worked on the Liberal campaign of 1988 bonded in a very meaningful way. As the campaign came to a close, these likeminded individuals did not shy away from expressing their gratitude in personal letters to Terry. 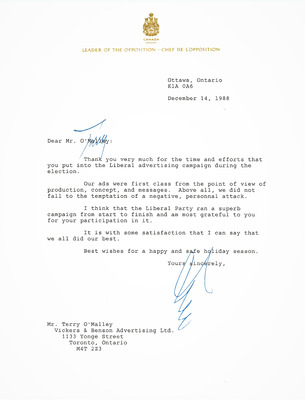 Leader of the Opposition John Turner 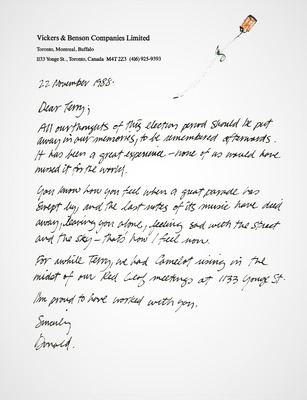 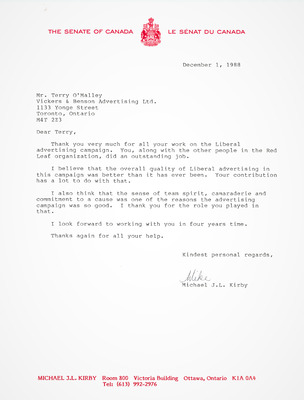