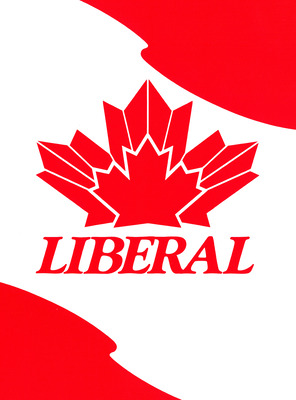 Logo for the Liberal Party of Canada during the 1980s.

Beginning with Pierre Trudeau's ascendancy to Prime Minister in 1968, the Vickers & Benson ad agency began a longstanding relationship with the Liberal Party at the federal and provincial levels that lasted into the 1990s. The publicity work encompassed election campaigns, Canadian reformation and unity issues, constitutional reform, fundraising, the charter of rights and freedoms, and much more.  The ties between V&B and the Liberals were professional, productive, and amiable and Terry O'Malley was there every step of the way. 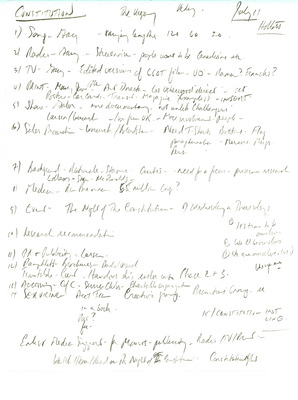 After decades of failures, the Federal Liberals under Trudeau were determined to patriate the Canadian Constitution.  In 1980, they tasked V&B to develop a promotional campaign for making the Canadian public more engaged and aware of the upcoming Constitutional reforms.

Armed with a keen sense of the political environment, Terry  began circling and underlining key phrases and ideas from the Liberal reports, speeches and documentation about the Constitution. This became the start of the promotional campaign to make the Canadian public more engaged and aware of the upcoming Constitutional reforms.

By the end of July 1980, the V&B team had sorted through all of the rhetoric and considered every angle.  They produced a 31 page report entitled, “The Canadian Constitution Communications Program.”  The main thrust of this program was for the nation to put aside all of their differences and simply be Canadian.  The slogan for this pitch was: “IT’S TIME TO BE OURSELVES.”

There was still much work to be done.  But with the the passing of the Constitution Act of 1982, Canada achieved full independence from Britain and enshrined the Charter of Rights and Freedoms into the Constitution. 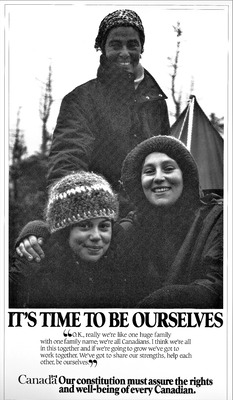 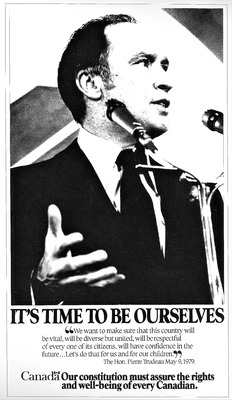 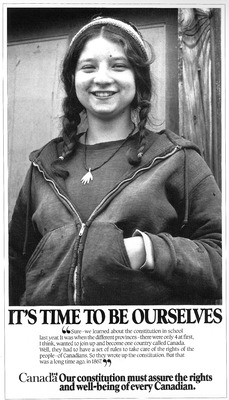