The Bradt family hair album is a unique example of scrapbooking in the mid 19th century.  The album was started by Elizabeth (Hansler) Bradt in 1843, then continued by her daughter Mercy J. Dunn in 1899. The album is made up entirely of locks of hair of Bradt family members from 1843 to 1976. 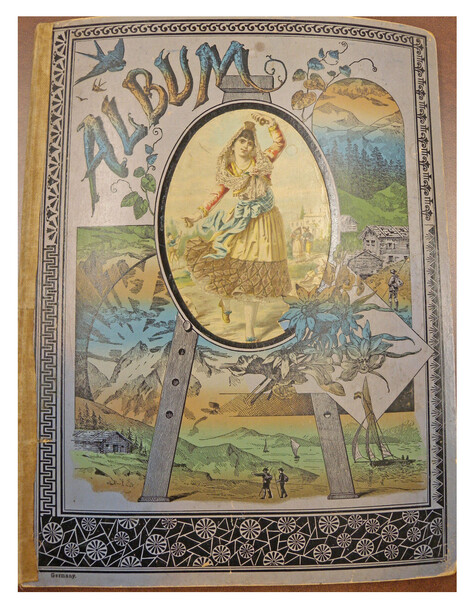 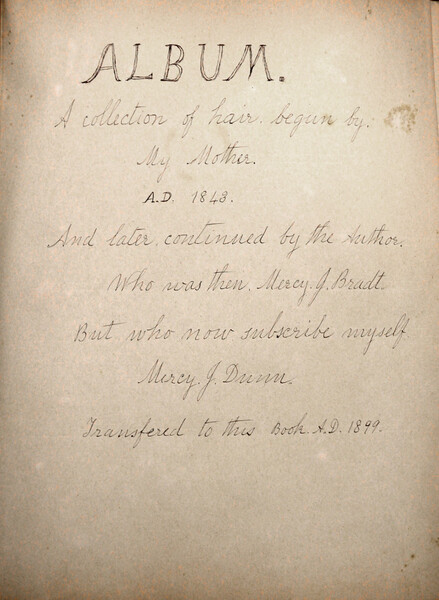 Elizabeth Hansler was married to Thomas Bradt, son of Peter Bradt and Mercy Burtch.  Peter was the son of Arent and Eva Bradt who brought their family from Scenectady, New York to Niagara-on-the-Lake around 1784 as United Empire Loyalists.  The Bradt family had been granted land from the Crown for their loyalty.  Peter married Mercy Burtch in 1792 and settled on a farm near St. Catharines.  They had twelve children between 1793 and 1818 including Thomas.  Elizabeth and Thomas married and had five children of their own, including Mercy J. Bradt (Dunn). 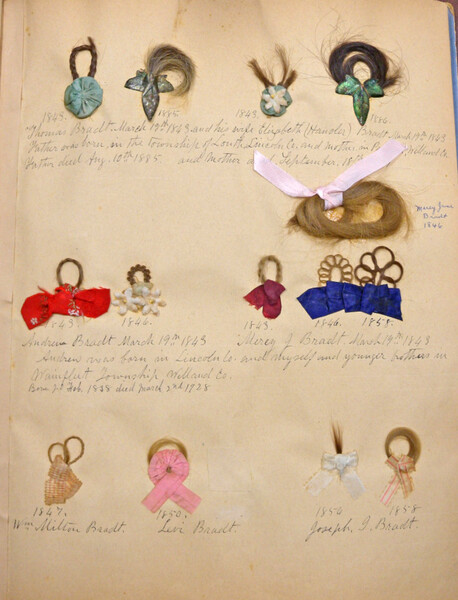 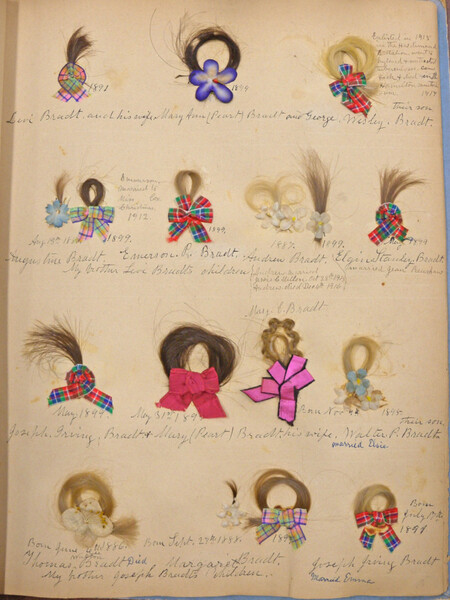 Each lock of hair contains the person’s name, year the lock was taken, and in some cases, other details such as date of birth and death, place of birth, or other biographical information. The hair is adorned with ribbons and flowers, and many samples are braided. There are a total of 255 locks of hair in the album.

The contents of each page are hair clippings and family history dates and names, except for one page that has included a newspaper clipping.  The contents read: 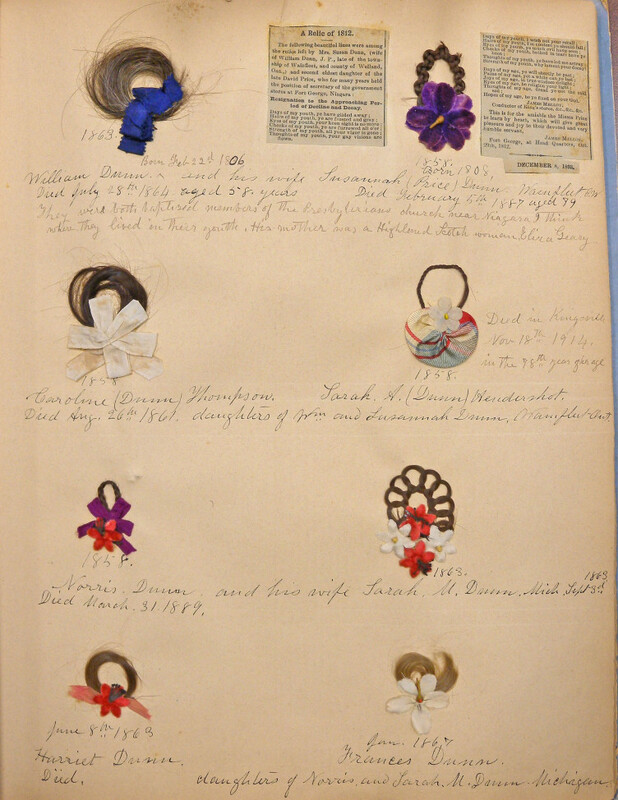 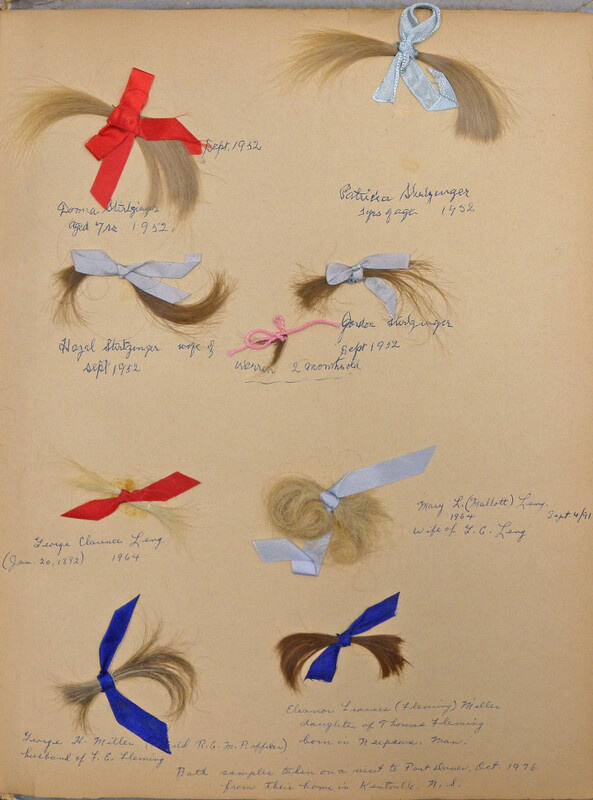 "A Relic of 1812. The following beautiful lines were among the relics left by Susan Dunn, (wife of William Dunn, J.P., late of the township of Wainfleet, and county of Welland, Ont.,) and second eldest daughter of the late David Price, who for many years held the position of secretary of the government stores at Fort George, Niagara:

This is for the amiable the Misses Prie to learn by heart, which will give great pleasure and joy to their devoted and very humble servant,

As the end of the album approaches, the clippings reveal less detail and attention placed on preserving the hair.  The final page of the album shows clippings with just single ribbons around a clump of hair.  It becomes clear that the devotion to conserving the family hair album has run out and the intricate braiding and decorating will remain with the previous Bradt generations.