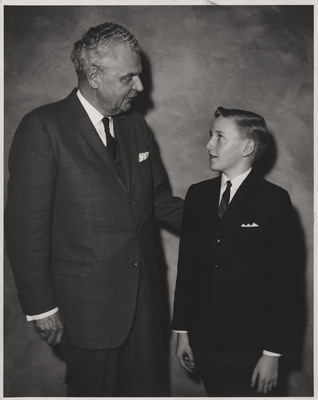 In 1963, Sean’s father, Paul O’Sullivan, was manager of a hotel in Hamilton, Ontario, where Diefenbaker was scheduled to make a campaign appearance.  Sean was at the hotel with his siblings and was present when Diefenbaker arrived.  The Prime Minister greeted the children individually and made quite an impression on Sean, who became fascinated with the upcoming election. After the meeting, he decided to write a letter to Diefenbaker.

The letter made an impression on Diefenbaker as well, who sought Sean out at the hotel the next time he was in town.   Sean left this meeting with a signed photograph of Diefenbaker, an honorary membership to the Hamilton Young Progressive Conservative Association (honorary because he was too young to have his own membership), and an invitation from Diefenbaker to continue to write to him, but this time at his home address. 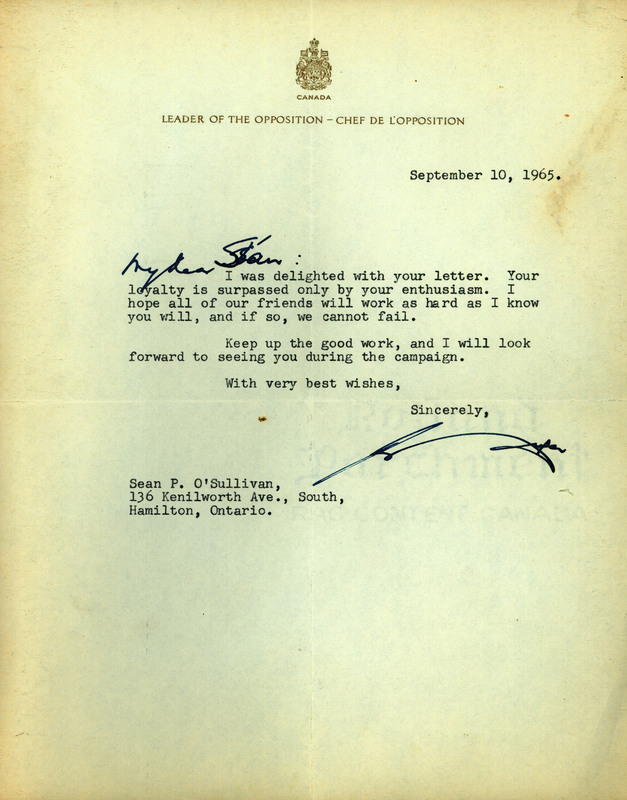 Letter to Sean from Diefenbaker, 1965