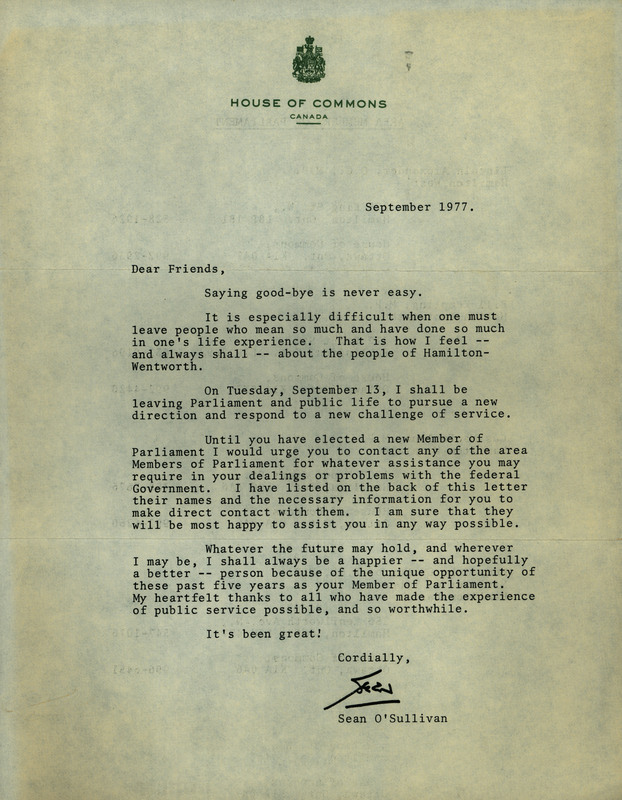 In 1977, Sean resigned as MP in order to pursue religious studies and become a Catholic priest.  In his resignation letter to his constituents, he wrote that "Whatever the future may hold, and wherever I may be, I shall always be a happier--and hopefully a better--person because of the unique opportunity of these past five years as your Member of Parliament.  My heartfelt thanks to all who have made the experience of public service possible, and so worthwhile".

After completing four years of studies at the Irish College of Rome’s Gregorian University, he was ordained a priest in Toronto in 1981.  In July 1982, he was appointed Director of Vocations (full-time recruiter) for the archdiocese of Toronto. 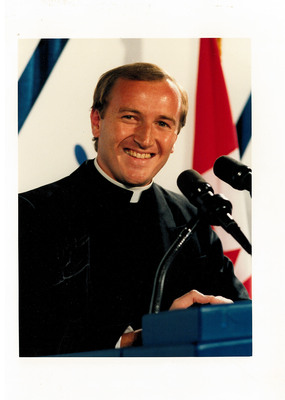 Sean O'Sullivan as a priest