A Life too Short 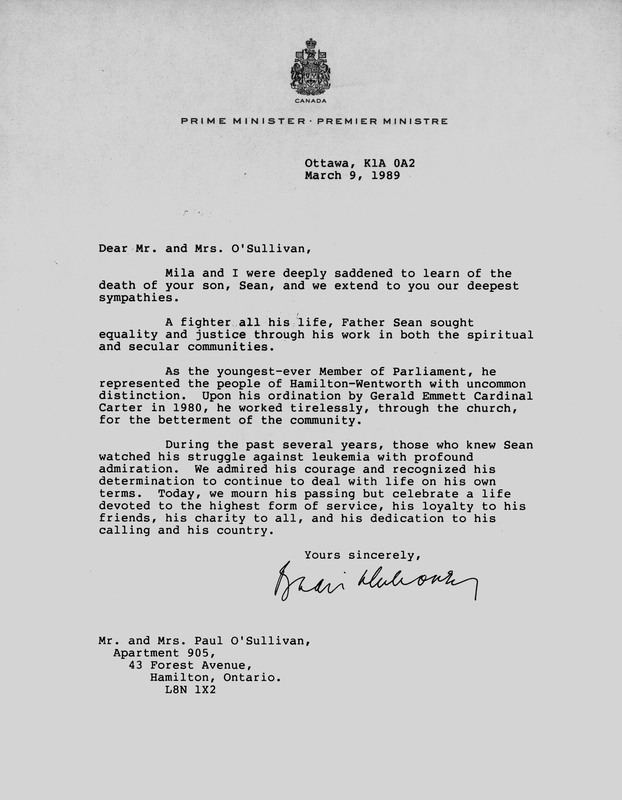 In 1983, Sean was diagnosed with leukemia.  The disease went into remission after treatment, but was incurable.  In 1989, he had a bone marrow transplant at Princess Margaret Hospital in Toronto, but died shortly afterwards.  He was 37 years old.

In his short life, Sean accomplished more than many do in a lifetime.  He wrote about his life in a book titled Both my Houses:  from Politics to Priesthood.  He noted here that "The call to politics makes you open to the pursuit of power.  You ask 'How can I gain?'.  The call to priesthood is to service.  You ask 'How can I give?'  He wrote this book three years after being diagnosed with leukemia, and three years before his death.  Recognizing that his life was likely to be short, he concludes that "People blessed with longevity may count their years.  Some of us, blessed with full lives, prefer to count our friends". 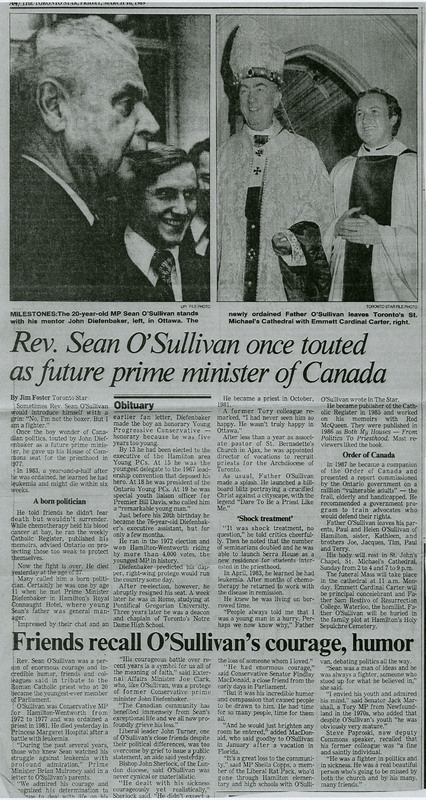