Samuel Jarvis was educated by the Reverend John Strachan at his Cornwall grammar school and articled with Attorney General William Firth in York in 1810. His education was interrupted by the onset of the War of 1812. He joined Captain Stephen Heward’s flank company in the 3rd York Militia, which served at the capture of Detroit, the Battle of Queenston Heights, Stoney Creek and Lundy’s Lane.

In 1818 Samuel Jarvis married Mary Boyles Powell, daughter of Chief Justice William Dummer Powell.   Mary's brother John also served during the War of 1812,  and was present at the Battle of Queenston Heights where Isaac Brock and his aide-de-camp John Macdonell were killed.  Samuel Jarvis served as a pallbearer for John Macdonell when he was interred with Brock at Fort George.  After the war he practiced law in Queenston and Niagara before moving back to York in 1824. 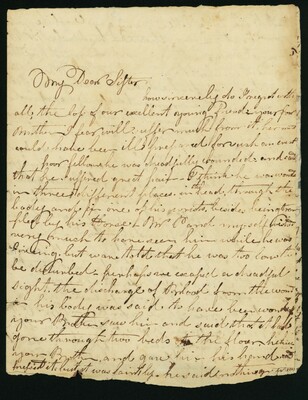 Letter to Mary Boyles Powell from her brother John Powell, 1812, with an account of the death of  John Macdonell (aide-de-camp to Sir Isaac Brock) at the Battle of Queenston Heights. 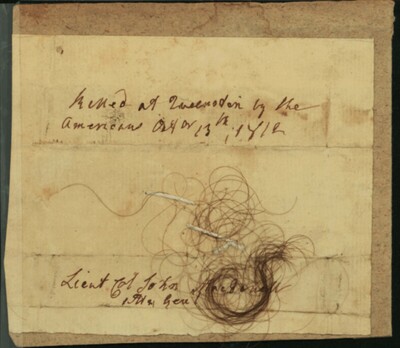 Included with the letter is a lock of John Macdonell’s hair with the inscription “killed at Queenston Heights by the Americans, October 13, 1812, Lieut. Col. John Macdonnell.” 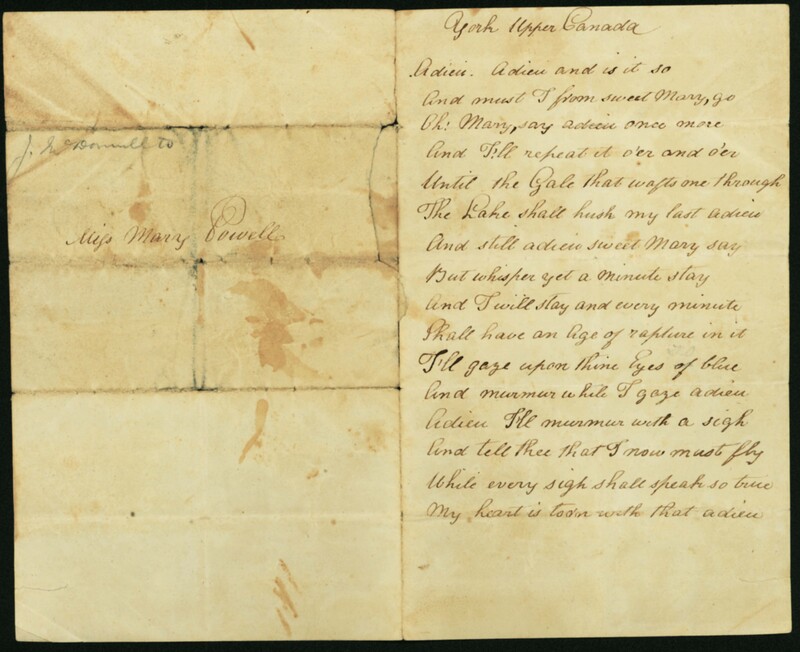 A love poem addressed to Miss Mary Powell from John Macdonell, [1812?]. The poem begins Adieu. Adieu and it is so | And must I from sweet Mary, go | Oh! Mary, say adieu once more…