In Appreciation for his Service and his Life 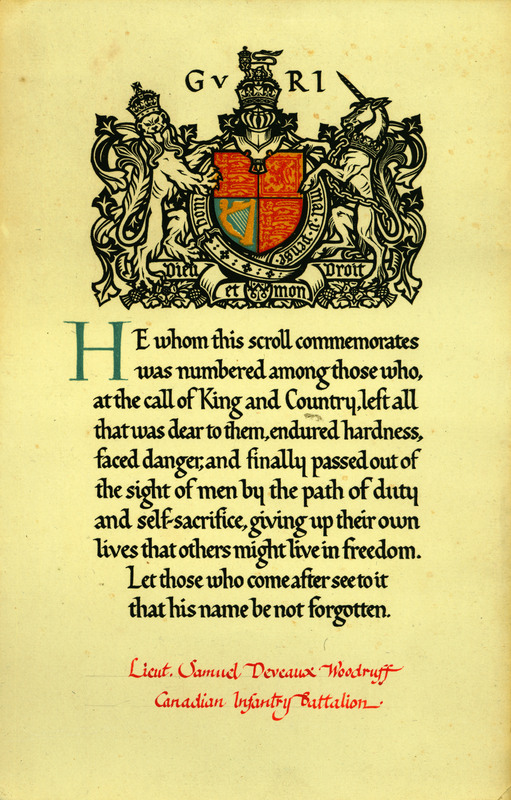 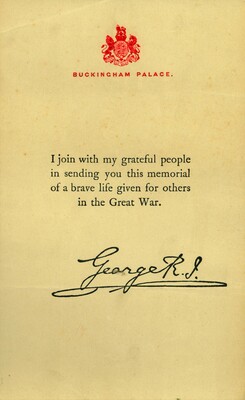 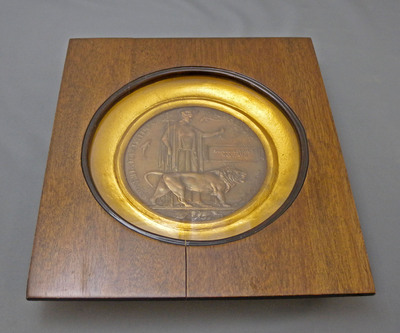 World War I Memorial Plaque - This is a bronze plate encased in a wooden frame. The inscription on the plate is “He died for freedom and honour, Samuel DeVeaux Woodruff”.  In 1916 the British Government decided to issue a memorial plaque to be given to the relatives of those who died in the Great War. On the plaque is a figure of Britannia who is facing left and holding a laurel wreath over the box where the serviceman’s name is placed. In her right hand she holds a trident which represents Britain’s sea power. There are 2 dolphins facing her on her left and right hand sides. A lion stands in front of her. He faces left with a menacing growl. A very small lion that faces right is located below the larger lion’s feet. He is biting into a winged creature that represents the German Imperial eagle. Near the lion’s right paw there are the initials E CR P which stand for Mr. E. Carter Preston who designed the plate. Some of the plaques include a stamped batch number in front of the lion’s rear left paw. This plaque was produced in batch 17.