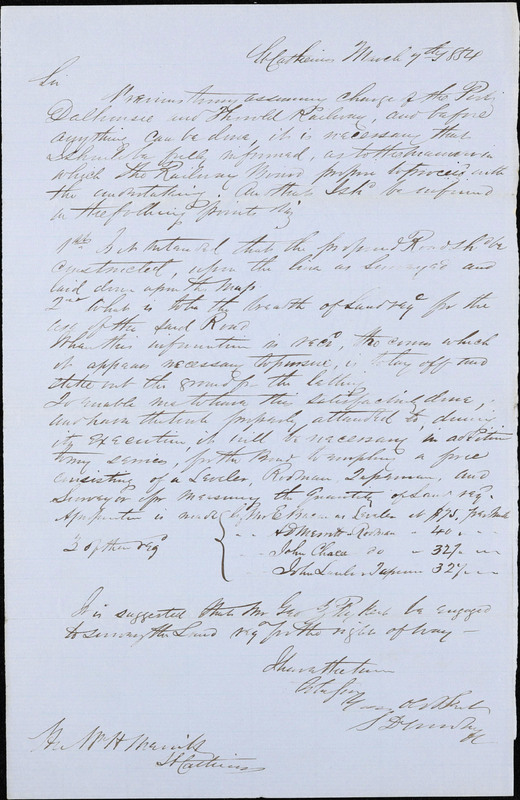 William Hamilton Merritt worked in conjunction with Squire Nathan Pawling to build the first Welland Canal in 1824. During this time, people thought the project was ludicrous. Merritt’s goal was to bridge the Welland River to the Twelve Mile Creek so his mill factory could benefit from the flowing water. As well, he was influential with constructing the railways for the ships to unload their cargo. This is a letter from S.D. Woodruff to William Hamilton Merritt about the early railway being built to connect Port Dalhousie to the Great Western Railway, which spans six miles. Samuel Deveaux Woodruff worked extensively on railways, marsh lands, canals when he lived in the Niagara Peninsula.