In 1933, Harry Holm built a water bicycle. He took his invention to Mr. Empringham but he thought it was treacherous. Holm did build more water bicycles. For 10 cents, a person could ride the bike out to the flag on the lake and then return. Holm and his friend Hennings stated to Mr. Empringham that they could ride from Port Dalhousie to Sunnyside Park.  They started their adventure at 8 am. However, Hennings could not swim when they took a break. They packed some sandwiches but forgot to bring milk, but they did bring a flashlight and a compass.

This is a picture of two DOFASCO employees riding water bicycles. DOFASCO is a steel company that is currently based in Hamilton. 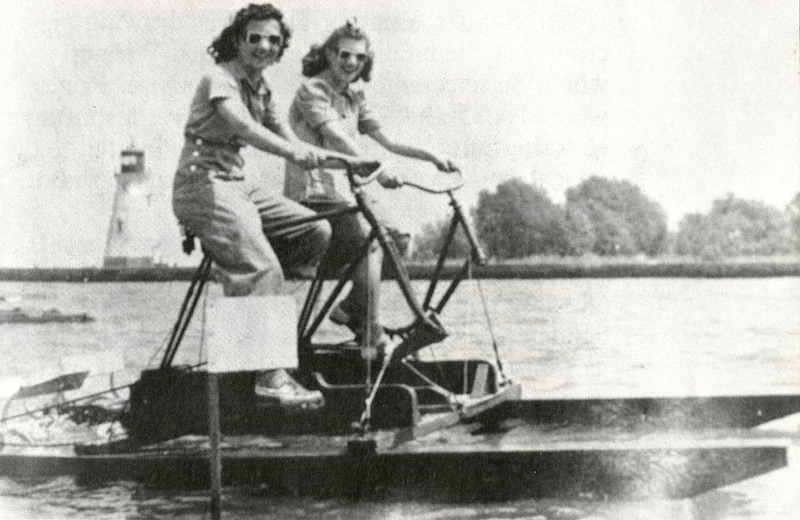