The Second Welland Canal was built to accommodate steamships. It was located between Port Dalhousie and Port Robinson and it followed directly to Lake Erie. The locks for this were made of stone which was dug from the escarpment. The First Welland Canal had 40 locks, whereas the Second Welland Canal had 27 locks. This map shows the Second Welland Canal, and it was completed by the Board of Works for the Welland Canal Company. The map features Lock 1, the Lighthouse, the Lighthouse Keeper’s House, East and West Piers, Harbour, Waste Weir, Lock Tender’s House, Store House, Collector’s Office, Collector Assistant Office and the new towing path. In addition, the First Welland Canal is featured in red ink. The map contains the red, black, and pencil notes of the surveyor. There are old businesses such as Alex Muir’s Dry Dock, Johnson’s Tavern, a store and a church, Rand J Laurie Flouring Mill, R. Laurie and Company Grist Mill, and A. Morrison Saw Mill. 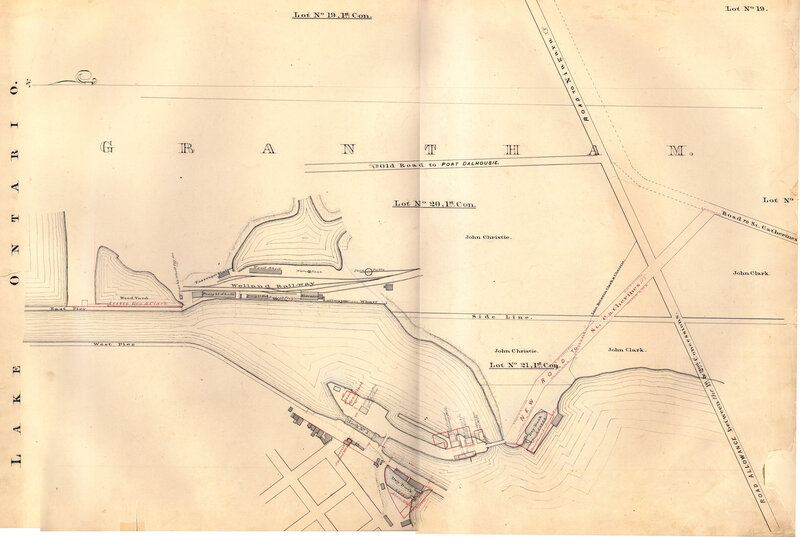