A popular attraction today, the carousel was constructed by Charles F.D. Looff who lived in Riverside, Rhode Island in the 1890s. The carousel used to be at Hanlan’s Point before being moved to Port Dalhousie. The organ is Artizan and it was made in Rochester, New York. The organ used to feature 121 keys, but it was lowered to 61 keys in order to accommodate new music. Songs the organ played included “Loveliest Night of the Year,” “Whispering Hope”, and “Mighty Lak A Rose”. There were dolls that pirouetted while cymbals jammed to the beat. In 1976, the original organ moved to the St. Catharines Historical Museum, where it was preserved. The music was pre-recorded and played on a track system.

In 1970, Dorothy Crabtree founded the Save the Carousel Association, since Florida, San Francisco, Los Angeles, Buffalo, Toronto and Calcutta, India asked to purchase it. The group asked for $25,000 to keep the carousel. However, after the fundraiser, the group raised $20,000 which Mr. Brookson agreed. The City of St. Catharines kept the carousel, with the agreement that it would cost 5 cents for as long as they could. There were many times during the 1970s where vandals would breach the building and damage the painted animals or set them on fire. There were volunteers who helped repair the animals. A group of students from Lakeport Secondary School repaired and repainted the animals.

In 1979, the carousel was constructed in a brick building which was set farther from the lake in order to inhibit future flooding. The original wooden building which housed the carousel provoked a debate since it was historic. People argued that the building should be a ban shell, skating rink, theatre or service club activity centre. The building was eventually demolished despite protest. In 1985, Ron Schmuck of the Great Nickelodeon Company performed basic conservation on the organ. The organ was put into the carousel again, and it was playing old music. For tradition, it still costs 5 cents today for a three minute ride. 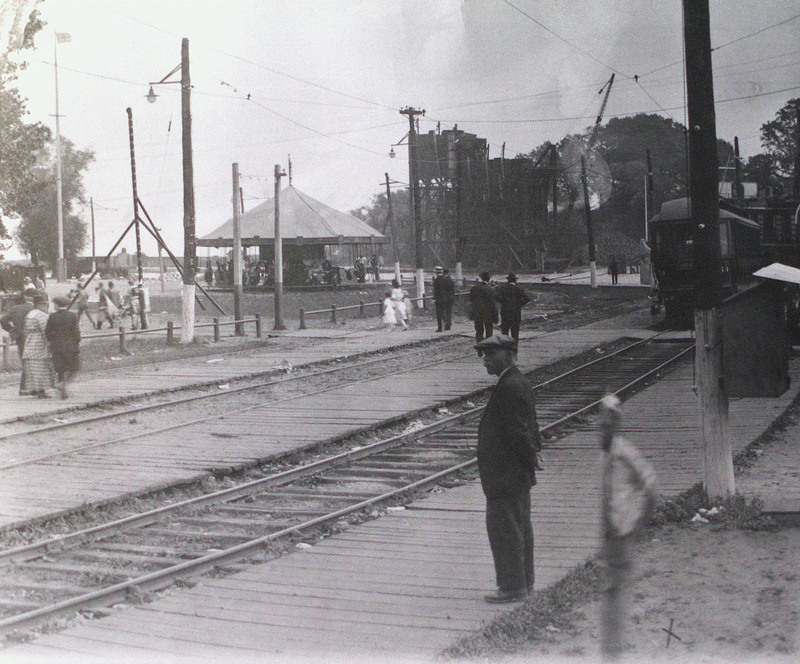