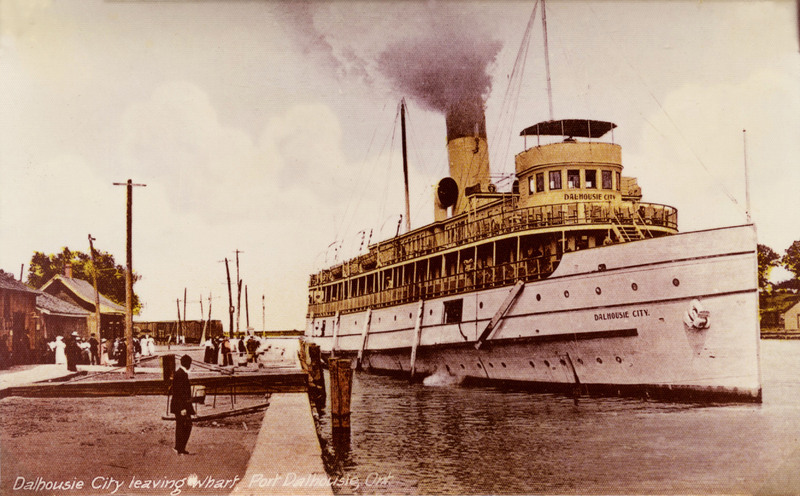 In the 1920s, Torontonians would board the steamships, Northumberland and Dalhousie City from York Street Toronto. Dalhousie City featured dancing as the main entertainment and was built for comfort. In the 1920s, a roundtrip from Toronto to Port Dalhousie used to cost $1 for an adult and 55 cents for a child on weekdays. On Saturdays, the rate for a round trip for adults increased to $1.10 and a child was 55 cents. Round trips on these ships typically were about two and a half hours.  In 1949, Dalhousie City was bought by a Montreal company. She eventually was renamed Island King II and burned a decade later. This is an undated postcard that features S.S. Dalhousie City arriving at Lakeside Park, a popular tourist destination.

Built for speed, Northumberland was constructed in Newcastle-on-Tye, in England. The ship, until 1920, carried passengers from P.E.I. to Nova Scotia. Later in 1920, she was incorporated when N.S. & T. was part of Canadian National Railways. Northumberland was cream and grey painted with a broad black band.  Northumberland and Garden City did two round trips from Toronto and Port Dalhousie on weekdays, and three on weekends. In 1949, Northumberland caught fire and burned. The ship had been freshly refurbished for the season. Anna Buchholz, a stewardess of the ship, recalls how she woke up and then smelled smoke. While the ship did not sink, she was quite low in the water.

People frantically scurried as debris exploded from the ship, littering Lakeside Park . One of the main doors, which weighed about two-hundred pounds blasted into the air and landed on the park grounds. The federal government at the time imposed strict fire regulations and the Canadian National Railway (CNR) decided to stop the steamship service altogether. In 1949, the hull for Northumberland was sold as scrap. This artefact is an old postcard when the S.S. Northumberland arrived at Port Dalhousie from one of her many voyages. The date of the photo is unknown. 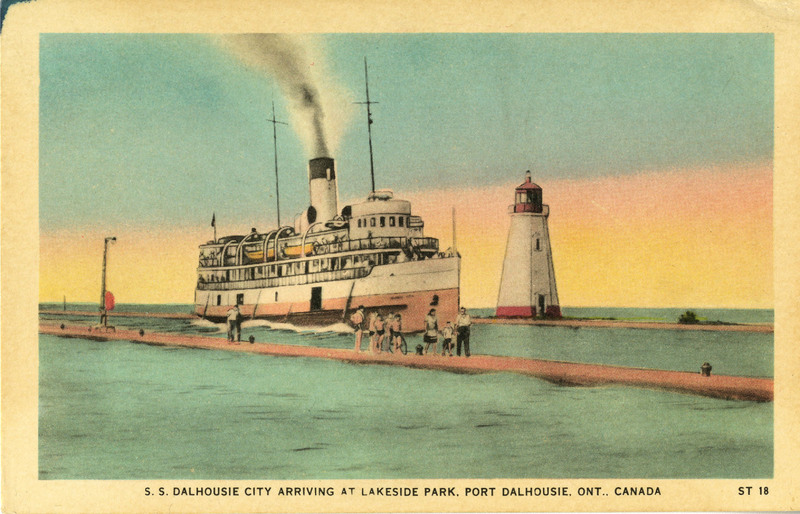 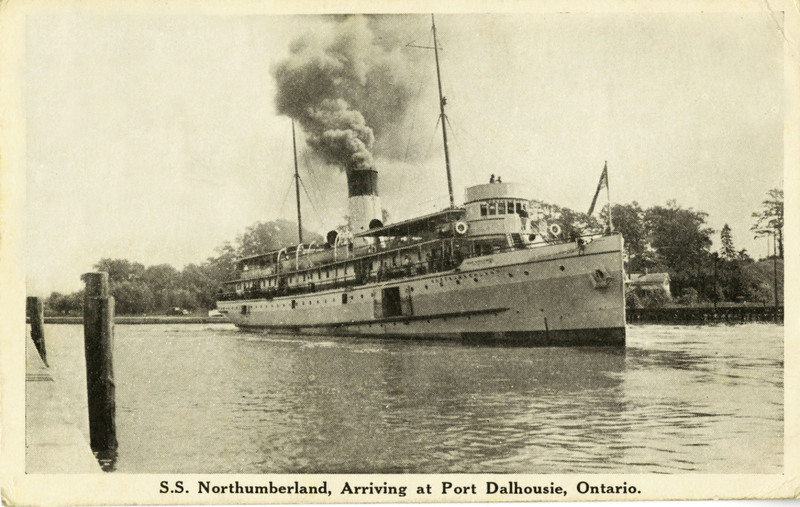 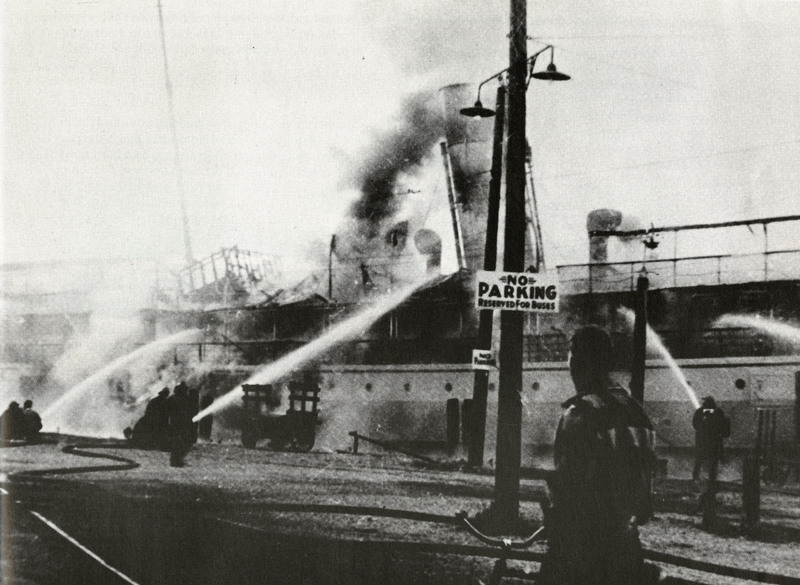 The Burning of Northumberland