In 1879, a lighthouse was constructed in Port Dalhousie on the Michigan beach. This was signed by W.M. Smith, who was the Deputy of Minister of Marine. This tender was released by the Department of Marine in Ottawa on October 24th, 1878. The lighthouse marked the entrenchment of the trade and shipping industry at Port Dalhousie. On August 12th, 1898 a blast of lightning hit the lighthouse and it burned. Many of the lighthouse keeper’s belongings were destroyed during the disaster, but he survived, as he decided to go to his home during the same morning for breakfast. 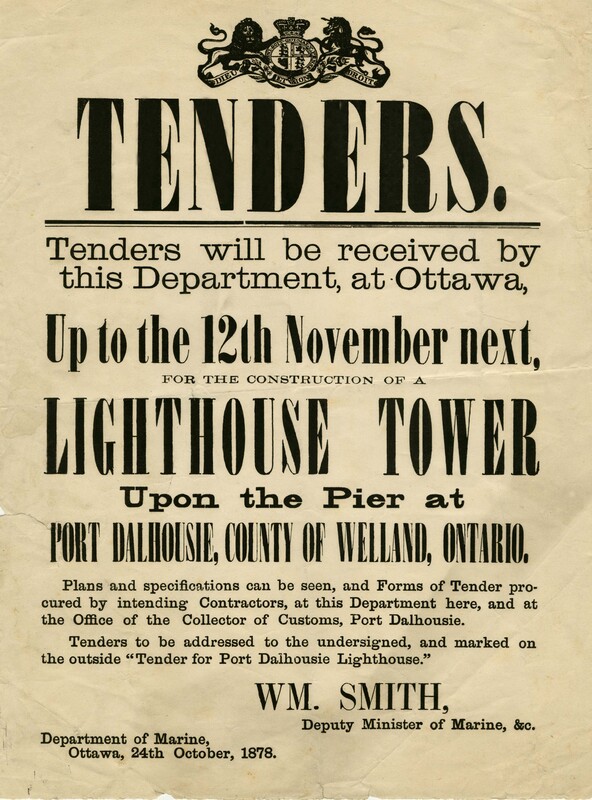 Broadside for Tenders for the construction of a lighthouse tower