With the increase in cars, there was a featured parking lot. It cost 15 cents in 1941 which increased to 25 cents. There were many company picnics including DOFASCO, Rexall Drug Company, Firestone, General Tire, and Goodyear Tire and Rubber. In 1941, approximately 10,000 people went to DOFASCO's picnic.

In particular, Rexall Drug Company, held a catered picnic which consisted of lunch and dinner. There were paper plates with paper table cloths. There was a large black cloud and it produced gustfuls of wind. The whole lunch was blown off the table into the bottom of the canal. Lunch vendors attained a great deal of business since there were 300 hungry people to accommodate. The caterers drove to Toronto for more supplies for dinner, but once the table and the food was set, and the dinner ended up at the bottom of the lake once again. Rexall Drug Company never booked with Lakeside Park again.

This is the cover of DOFASCO Illustrated News, and it features DOFASCO employees arriving at Lakeside Park. 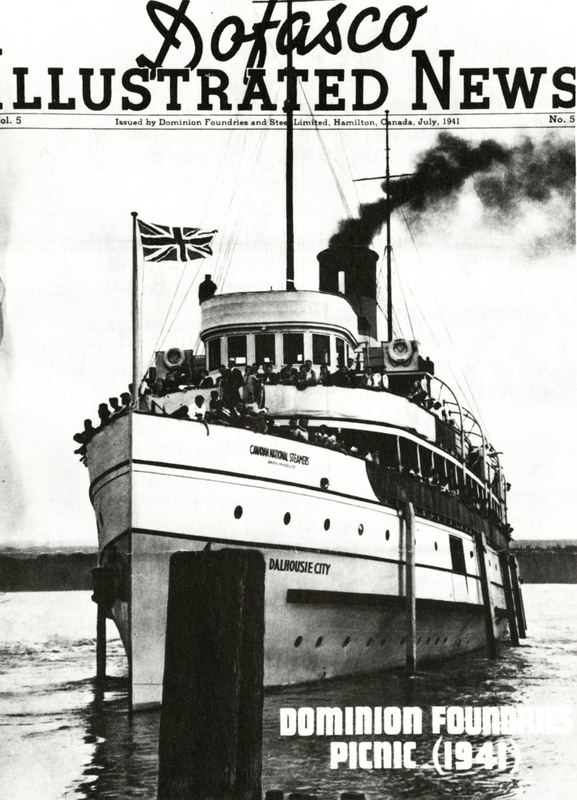