A more permanent resolution to many of the problems between the United States and Canada was achieved with the signing of the Webster-Ashburton Treaty in 1842.  Negotiated by U.S. Secretary of State Daniel Webster and First Lord Ashburton, the treaty settled border disputes between New Brunswick and Maine and the Great Lakes area.  It also addressed other issues such as arrests of foreigners on British or American soil and extradition policies.  This treaty marked a significant improvement in the relationship between the U.S. and Britain, and resolved many of the ongoing disputes between the two countries. 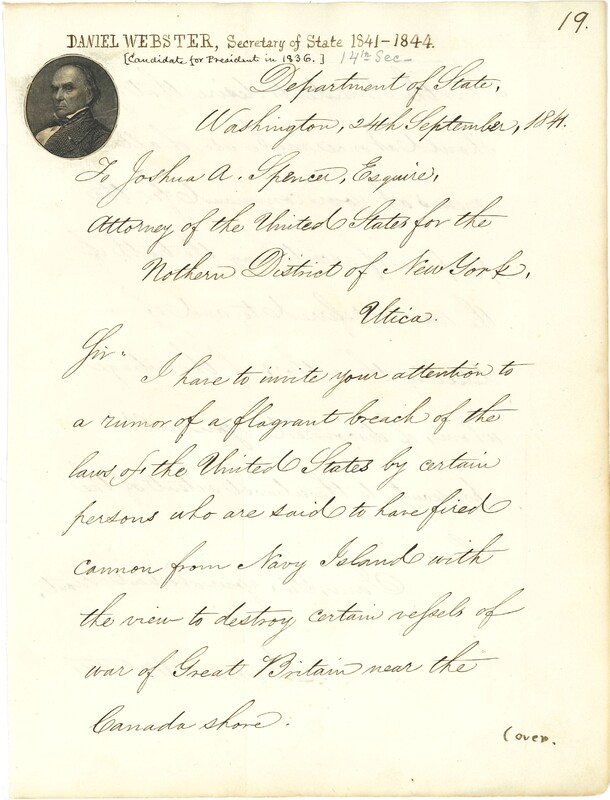 A letter from Daniel Webster, U.S. Secretary of State, to Joshua Spencer, U.S. Attorney for the Northern District of New York, Utica.  Webster directs Spencer to investigate rumours of a breach of U.S. neutrality laws around Navy Island, and to prosecute any guilty parties "to the utmost extent of the law", September 24, 1841 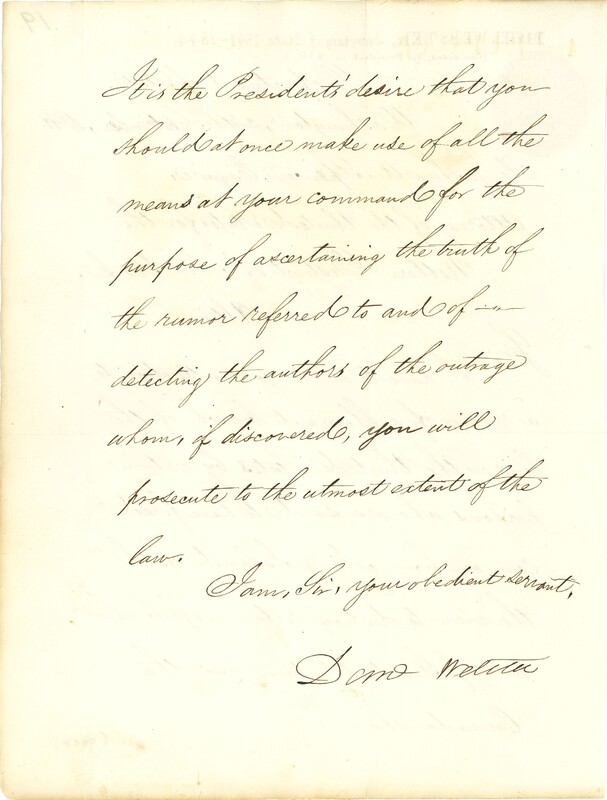