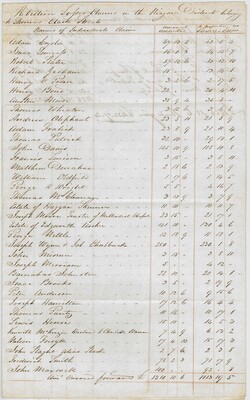 As the immediate diplomatic crisis became resolved, citizens turned to more practical matters resulting from the rebellion.  Many citizens suffered financial losses due to the rebellion and appealed to the government for reparations.  In fact, rebellion losses claims for Niagara residents can be found dated a decade after the rebellion.

A list of rebellion losses claims in Niagara belonging to Thomas Clark Street contains over 40 names of claimants.  The total of all the claims on this form amounts to over 1400 pounds.

The issue created much anger and controversy among both local citizens and politicians.  In 1849, a physical fight broke out at St. Catharines House when local politician George Rykert tried to prevent William Woodruff  (chairman of a committee on rebellion restitution) from taking his seat.   The citizens watching from below were said to have been armed and unruly. 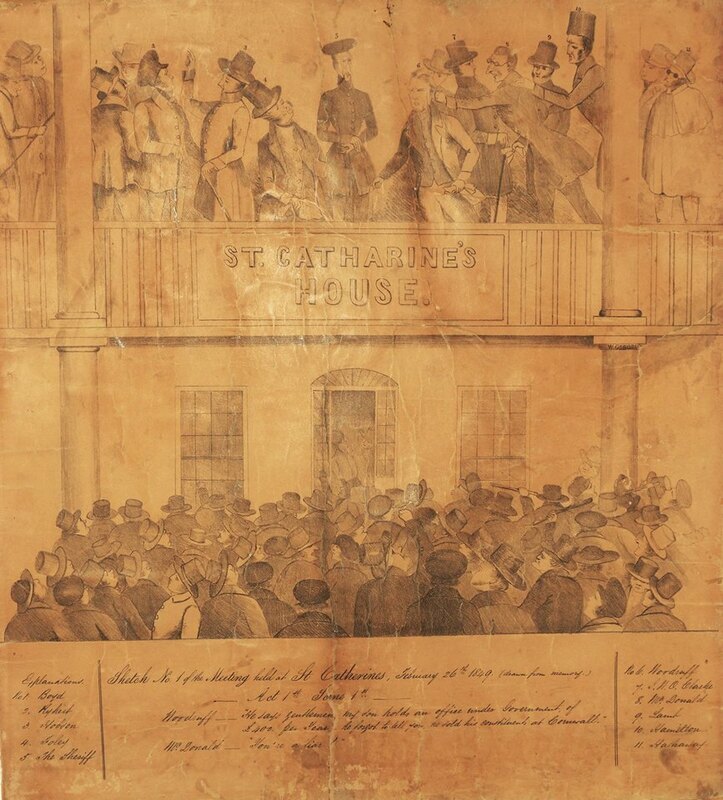 St. Catharines politicians fighting (physically) over reparations to local citizens for losses incurred due to the rebellion, 1849.