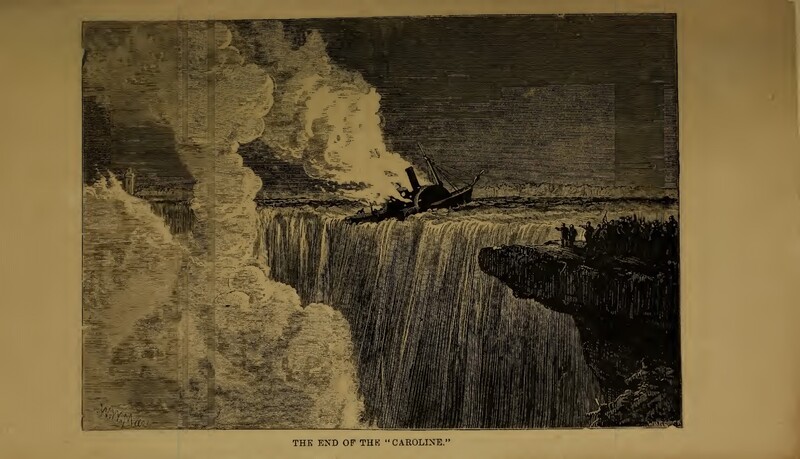 The Caroline affair had a profound impact on both the American and Canadian citizens on opposite sides of the border in Niagara.   Tempers  flared among locals while most authorities encouraged restraint.  The incident highlighted some of the ongoing and unresolved issues between the two countries.  The importance of resolving these issues became clear, and ultimately led to a significant improvement in relations with the Webster-Ashburton Treaty in 1842.   The incident captured the imagination of many, and although it has been stated that the Caroline sank before reaching the Falls, the image of the flaming steamer at the brink of the Falls remains. 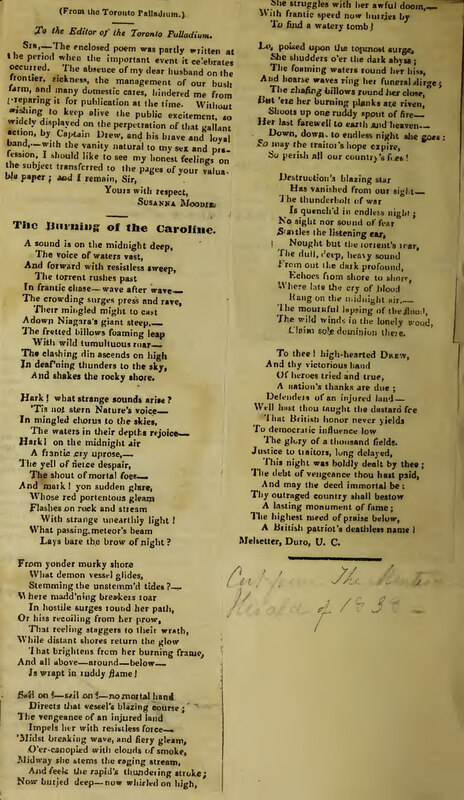 "The Burning of the Caroline" poem by Susanna Moodie, 1838