In 1979, Louis Cahill of the Ontario Editorial Bureau established the Welland Canal 150th Annivesary Inc. to commemorate the opening of the first canal.  The region and local municipalities banded together to promote the Welland Canals.  After the celebrations, the Welland Canals Foundation was formed as a successor to the 150th anniversary.   This was a private group that worked in conjunction with the Seaway Authority.

More information on the work of this group can be found in the Welland Canals Foundation fonds.  The collection contains a variety of materials including meeting minutes, correspondence, media releases, and photographs. 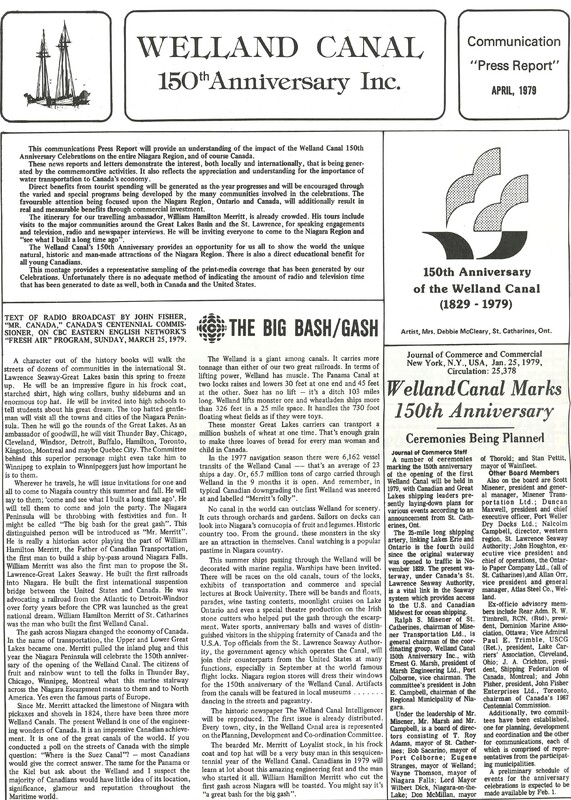 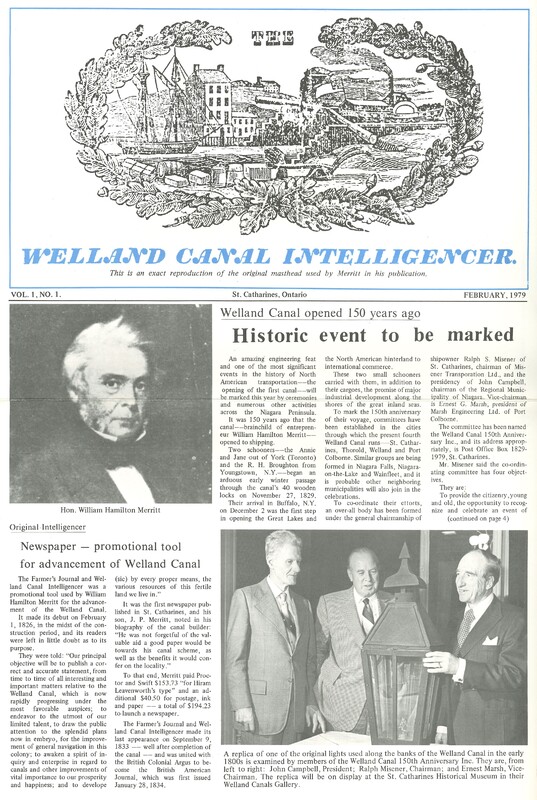 Welland Canal Intelligencer newsletter.  The newsletter uses a reproduction of the original masthead from Merritt's publication.