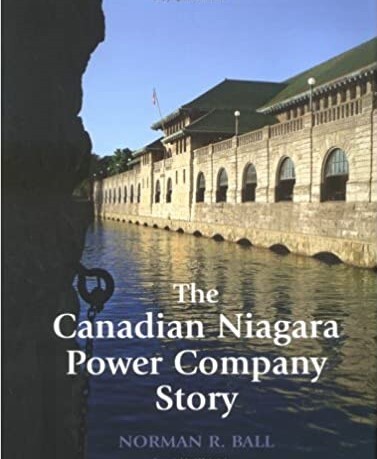 In 2005, Norman Ball wrote a book on the history of the Canadian Niagara Power Company.  It was commissioned by the Company to commemorate their 100th anniversary.   Ball has an extensive background in the study of technology and society.   He is the founder and owner of Norman Ball and Associates, a company that focuses on the history of technology and engineering and the interaction between technology and society.  He was also commissioned to write a book about the Niagara Parks Commission although this book was not completed.

Some of his research material is available in the Norman Ball research collection (1880-2002).  This collection contains reports on the preservation of Niagara Falls by the Special International Niagara Board and the American Falls International Board, as well as excerpts from hearings on the preservation of Niagara Falls before the Committee on Foreign Affairs.  There are also numerous clippings and reports on the subject.