The Niagara River Remedial Action Plan was part of an initiative to restore the integrity of the Great Lakes Basin ecosystem.  In 1972, the Great Lakes Water Quality Agreement was signed by both Canada and the United States to demonstrate their commitment to protecting this valuable resource.  An amendment in 1987 stipulated that Remedial Action Plans (RAPs) be implemented in 43 ecologically compromised areas known as Areas of Concern.  The Niagara River was designated as one of these areas by federal and provincial governments and the International Joint Commission, an independent and binational organization that deals with issues concerning the use and quality of boundary waters between Canada and the United States.   Although the affected area included parts of both the Canadian and American side of the river, Remedial Action Plans were developed separately in both Canada and the United States. 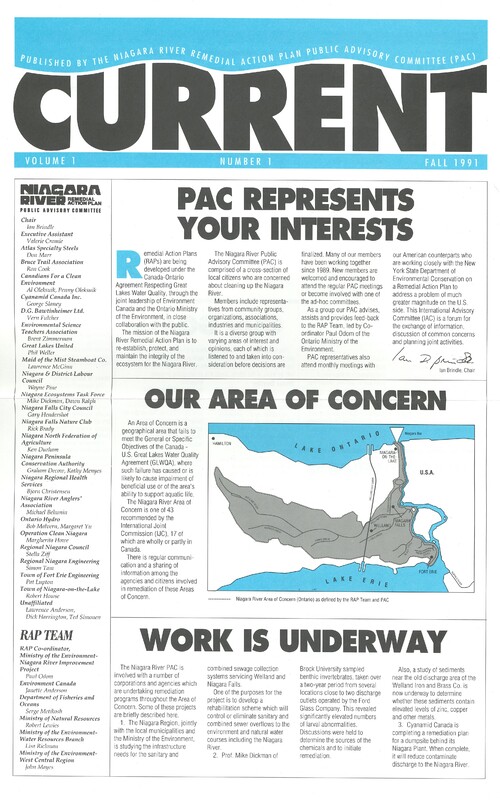 Issue of Current, the newsletter of the Public Advisory Committee of the Remedial Action Plan, 1991

The first stage was to determine the severity and causes of the environmental degradation that resulted in the location being designated an Area of Concern; the second stage was to identify and implement actions that will restore and protect the health of the ecosystem; and the third stage involves monitoring the area to ensure that the ecosystem’s health has been restored. Stage one of the RAP commenced in January 1989 when a Public Advisory Committee (PAC) was established.  This committee was comprised of concerned citizens and representatives from various community groups, associations, industries and municipalities.

After several years of consultation, the Niagara River (Ontario) Remedial Action Plan Stage 2 Report was released in 1995.   It contained 16 goals and 37 recommendations.  Among them was the need for Canadians and Americans to work more collaboratively in order to successfully restore the water quality in the Niagara River.

The Niagara River (Ontario) Remedial Action Plan fonds, dating from 1984 to 1997, contains some of the group's meeting minutes, reports, correspondence, and promotional material. 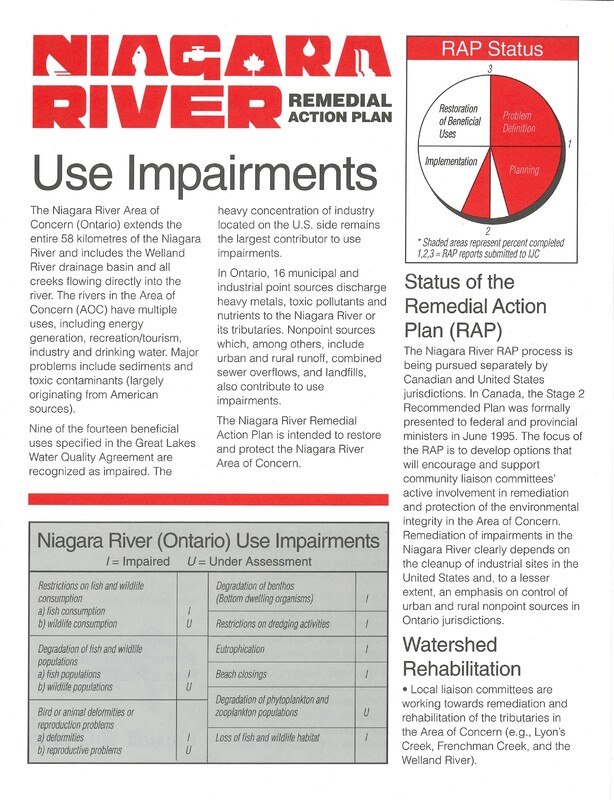 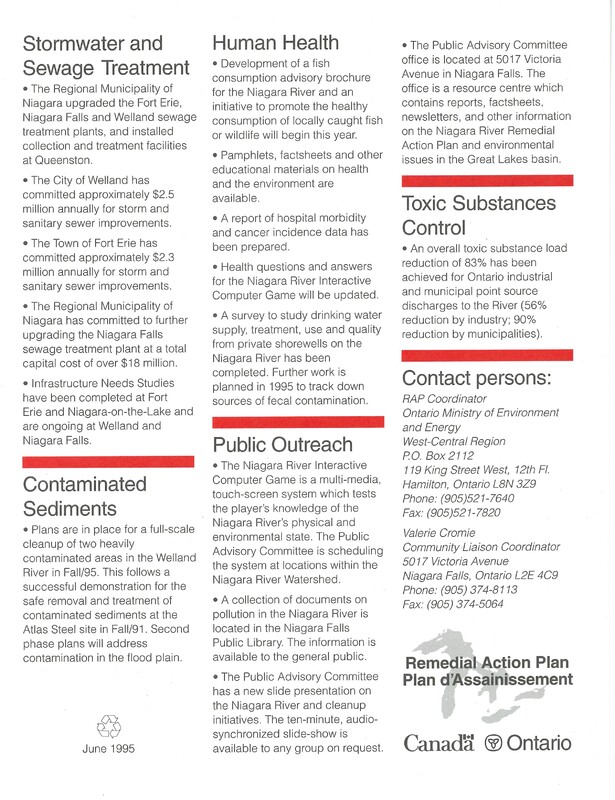