In the early 1960s, both councils began work on an inventory of historic buildings with the intent to emphasize the historical significance of this area.   Information was gathered by volunteers, a professional photographer, and an architect.  A brief was then presented to the federal government in 1962 and the provincial government in 1963.   This brief, An Area of Historical Interest in the Counties of Lincoln and Welland, Ontario, was distributed to schools and libraries in the area in 1965. 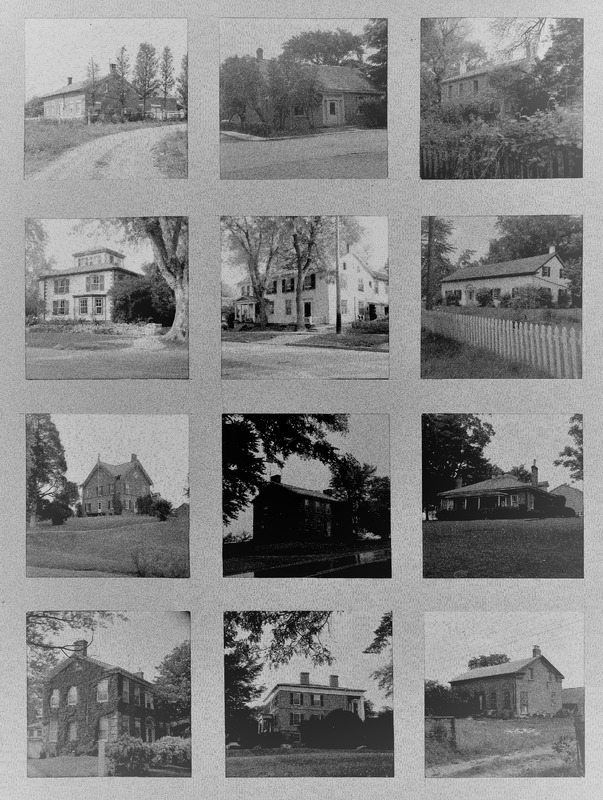 Pages from An Area of Historical Interest in the Counties of Lincoln and Welland, Ontario, showing some of the area's historically significant buildings, 1962. 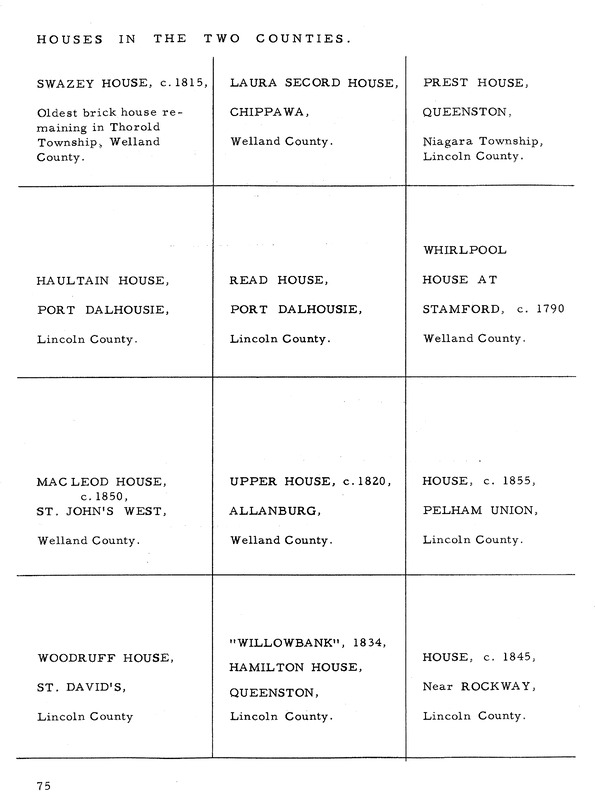 In response, the Ontario Buildings Inventory Project was initiated by the province under the Department of Public Records and Archives, a branch of the Department of Tourism and Information, around 1966.  Volunteers photographed buildings of historical interest in Lincoln and Welland Counties.  This information was recorded on standardized survey forms for every township in the Niagara Region.

More information on this work can be found in the Niagara Regional Council fonds (1960-1989).  It contains meeting minutes, news clippings, photographs, and a survey of historical buildings of interest.