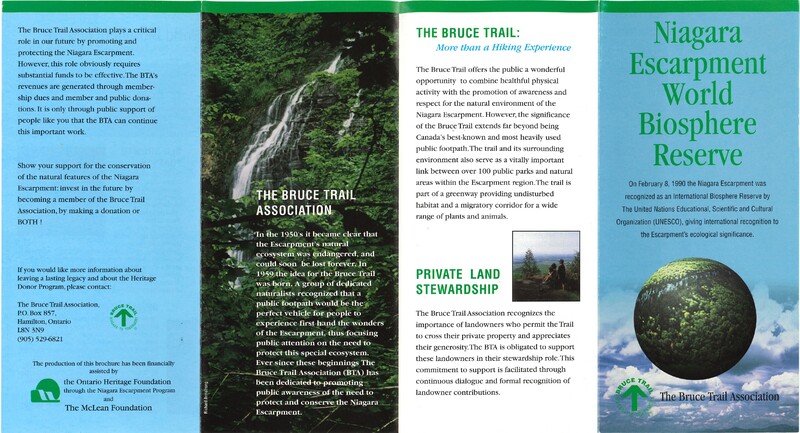 The Bruce Trail is Canada’s longest and oldest continuous footpath. The trail runs along the Niagara Escarpment from Niagara to Tobermory through private and public land. The main trail is 890 km long and the side trails measure 400 km.

In 1961, a “Save the Escarpment” conference was held in Hamilton. Gerry Wolfram, a writer for the St. Catharines Standard, proposed that a committee be formed to develop a hiking trail. The Peninsula Field Naturalists Club formed a committee and President Bert Lowe contacted landowners along the proposed route to gain permission to cross their properties. Through Bert Lowe’s effort and dedication, the trail was completed in October 1963. The trail was officially opened on May 24th, 1964 in a ceremony at Queenston. The Niagara group joined the Bruce Trail Association in 1968 at which time the Niagara Bruce Trail Club was formed. 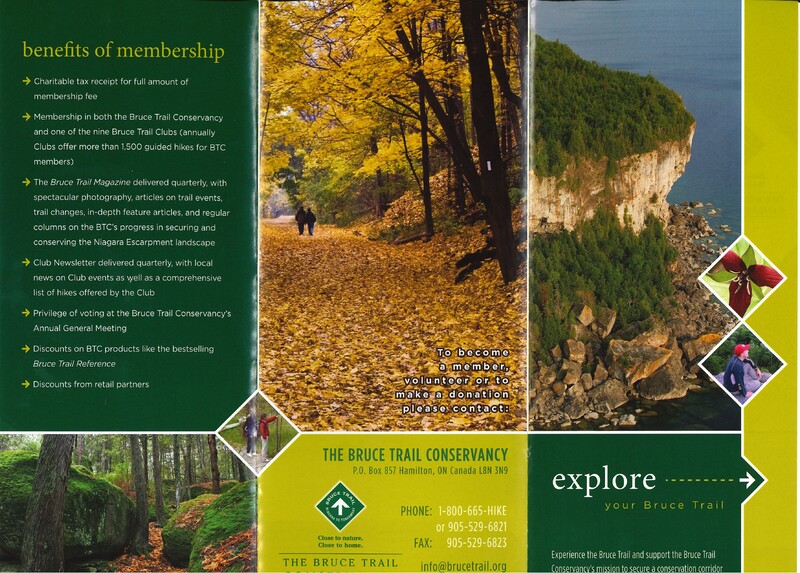 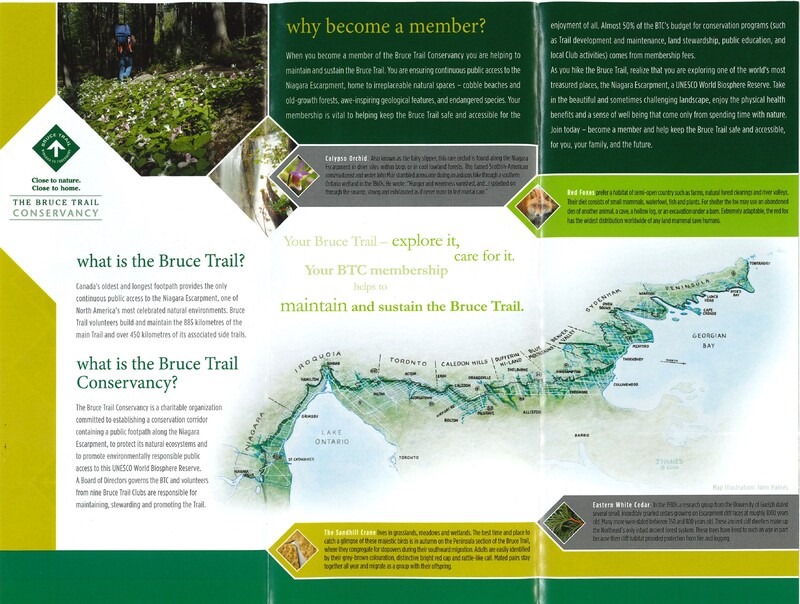