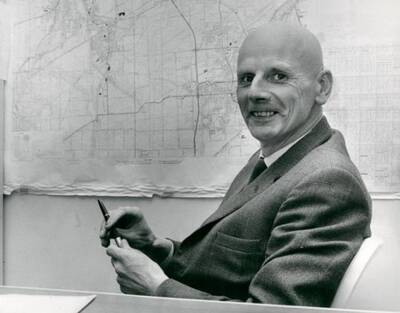 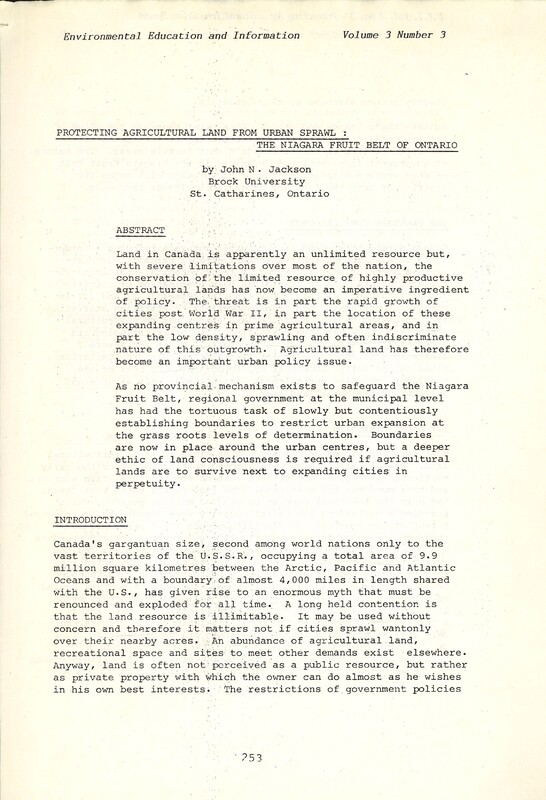 Protecting agricultural land from urban sprawl:  the Niagara Fruit Belt of Ontario.  An article by John Jackson published in Environmental Education and Information, 1985. 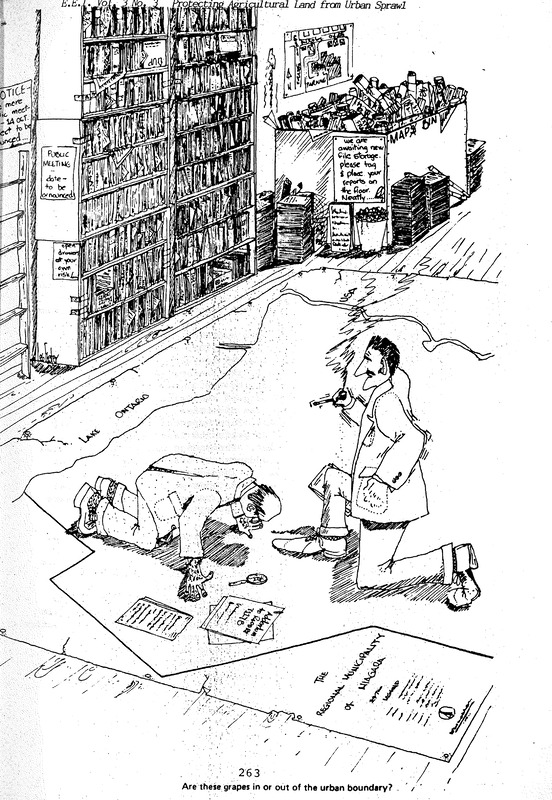 Cartoon from Jackson's article on urban sprawl and the Niagara fruit belt.  Two men scrutinize a map of the Niagara Region.  The caption reads "Are these grapes in or out of the urban boundary?"

John N. Jackson was hired in 1965 as the founding head of the Geography Department at Brock University.  He taught at Brock for more than 25 years, immersing himself in the geography and history of Niagara.  He authored 20 books on various topics, including land use in Niagara, the history of St. Catharines, the Welland Canal, and railways in the Niagara Peninsula.   The John N. Jackson papers contain research material about agriculture and urban sprawl in Niagara and southern Ontario.