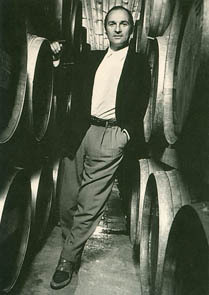 Donald Ziraldo co-founded Inniskillin Wines with Karl Kaiser in 1975 in Niagara-on-the-Lake.  They had met the previous year, when Karl, a winemaker and chemist, purchased some grapes from Donald who owned and operated Ziraldo Nurseries.  The two shared a vision of producing better quality Canadian wines and formed a partnership with Kaiser making the wine and Ziraldo serving as company president.  In 1975, they were granted a winery license by the LCBO, the first one granted since 1929.  Ziraldo has been called one of the founding fathers of the Canadian wine industry, and it is widely acknowledged that both men played a large role in the success and growth of the Canadian wine industry. 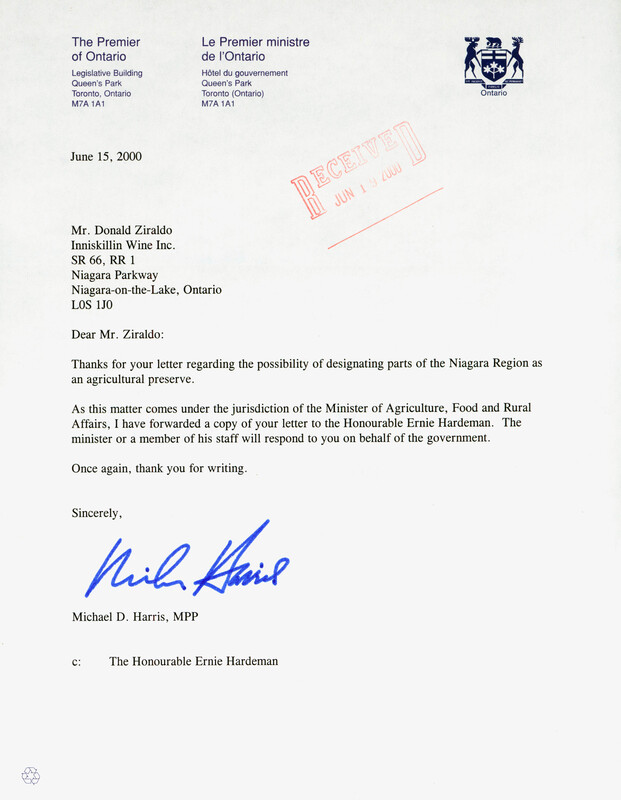 Letter to Ziraldo from Premier Mike Harris, 2000.  The letter concerns the possibility of an agricultural preserve in Niagara.

One of his roles was as a member of the Greenbelt Advisory Task Force.  The Greenbelt Task Force examined the issue of preserving green spaces and managing urban sprawl.  Their recommendations guided the government's approach to greenbelt protection in the Golden Horseshoe and helped to preserve agriculture and natural resources.

The Donald Ziraldo fonds contains extensive information on his involvement in agricultural issues, including the Greenbelt Task Force. 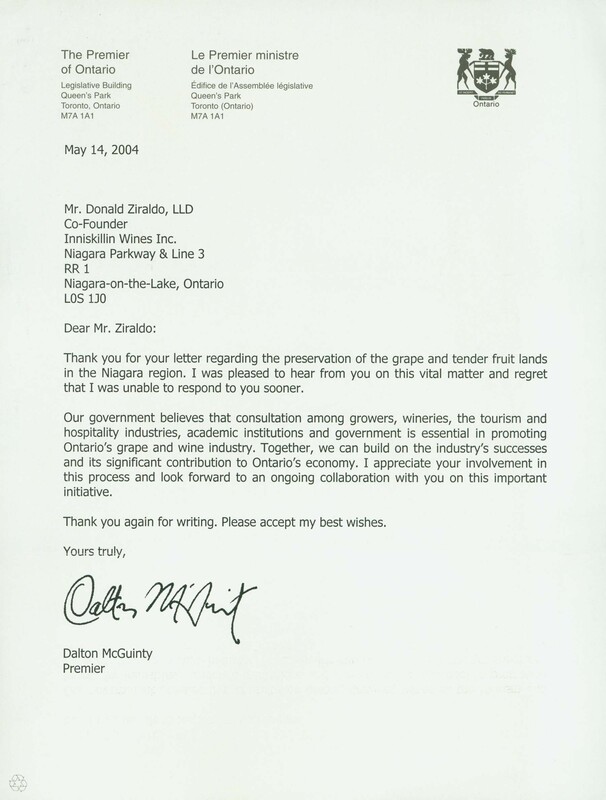 Letter to Ziraldo from Premier Dalton McGuinty, 2004.  The letter was written a few months before the Advice and Recommendations of the Greenbelt Task Force were released.  McGuinty thanks Ziraldo for his involvement in the consultation process.