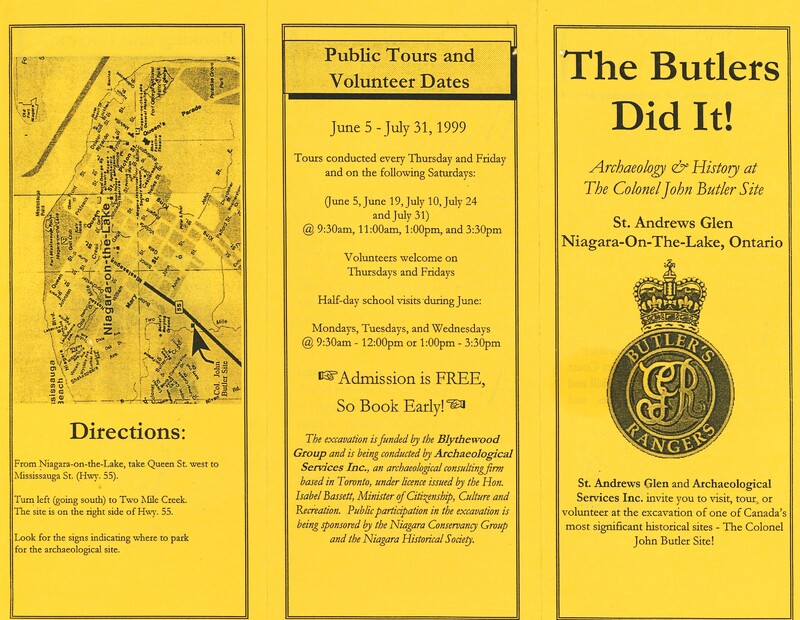 The Colonel John Butler Heritage Committee was a sub-committee of the Niagara-on-the-Lake Conservancy.  The committee was formed after a developer made plans to build over the site of the Butler family homestead in Niagara-on-the-Lake.  John Butler was a Loyalist who led Butler's Rangers, a military group that was active during the Revolutionary War.  The Rangers aided the British during the war by engaging in skirmishes and disrupting supply lines.

The proposed development of the Butler family homestead site prompted a mandated archeological excavation, which was performed in 1999.  The excavation uncovered the foundation of the Butler homestead and numerous artifacts.  As a result, the Conservancy exerted pressure on the developer and the Town to preserve the lots identified as being historically significant and began fundraising to purchase them. 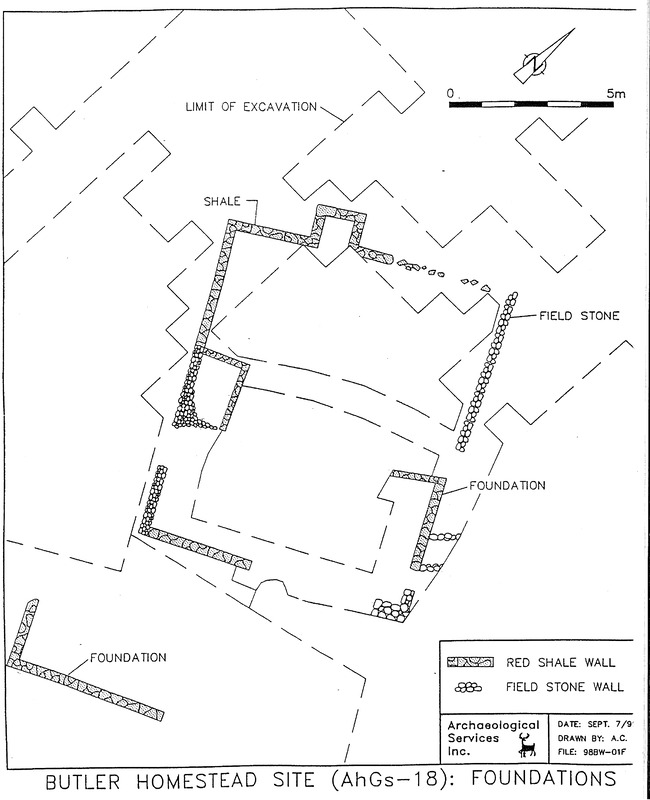 One lot was given to the Town by the developer and made into a park, which was officially opened in 2008 and named the Colonel John Butler Homestead Park.  A cairn and bust of John Butler were erected in the park in 2009.  The other affected lot remained in the possession of the owner, undeveloped.   The site could not be developed under the Ontario Heritage Act, but a successful purchase agreement could not be negotiated with the owner.  Eventually, an agreement was reached in 2016 with the help of Town Councillor Betty Disero and Committee member Elizabeth Oliver Malone, and the lot was purchased with funds raised by the Committee and the Town.  The newly purchased lot became part of the adjoining park.  More information on the work of this group can be found in the Colonel John Butler Heritage Committee fonds. 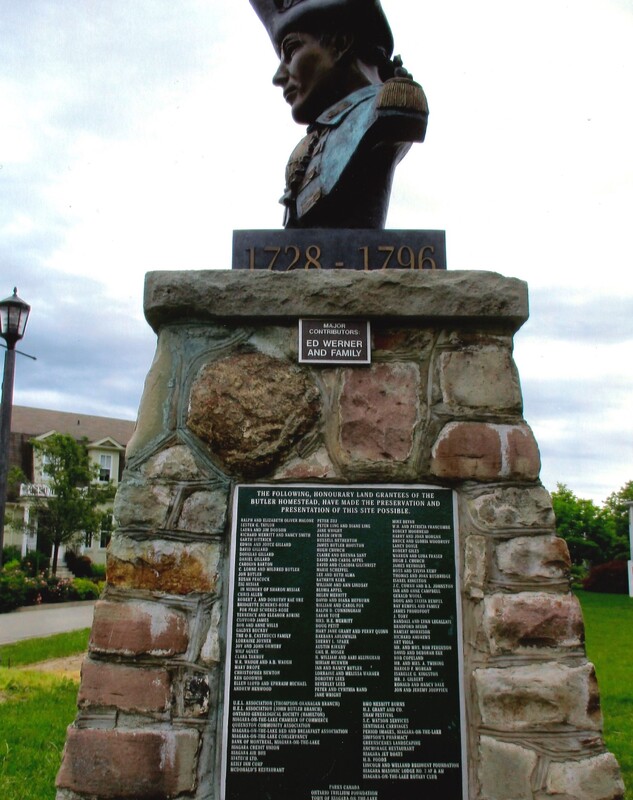