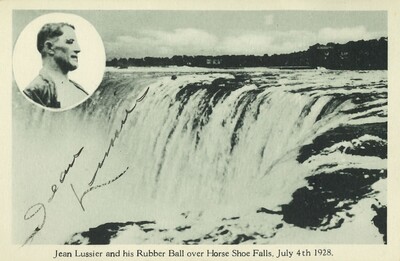 A postcard noting Jean Lussier's successful plunge over the Horseshoe Falls in a rubber ball on July 4, 1928.

Postcards were used to commemorate a variety of events and holidays.  This could include simple greetings and holiday wishes, or something more remarkable and unusual.  A few examples are displayed here. 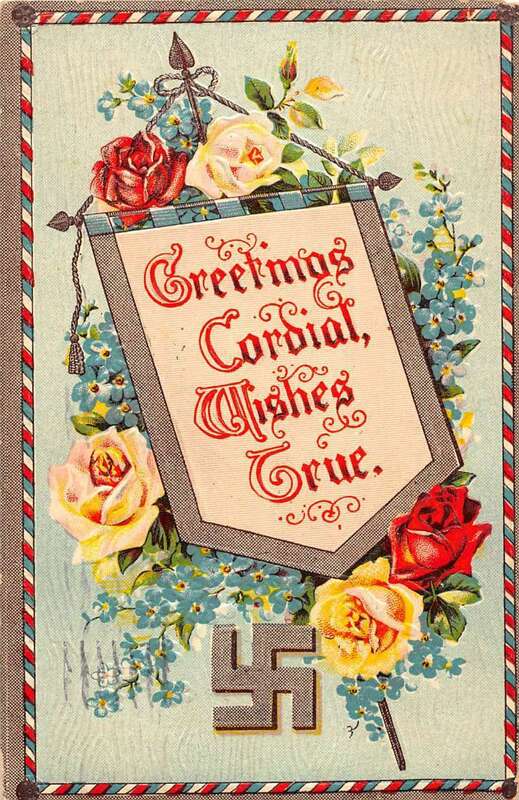 This postcard shows roses and a swastika.  Before the Nazis adopted the swastika as their symbol, it was used in many cultures to represent life, sun, power, strength, and good luck.  This postcard predates World War II. 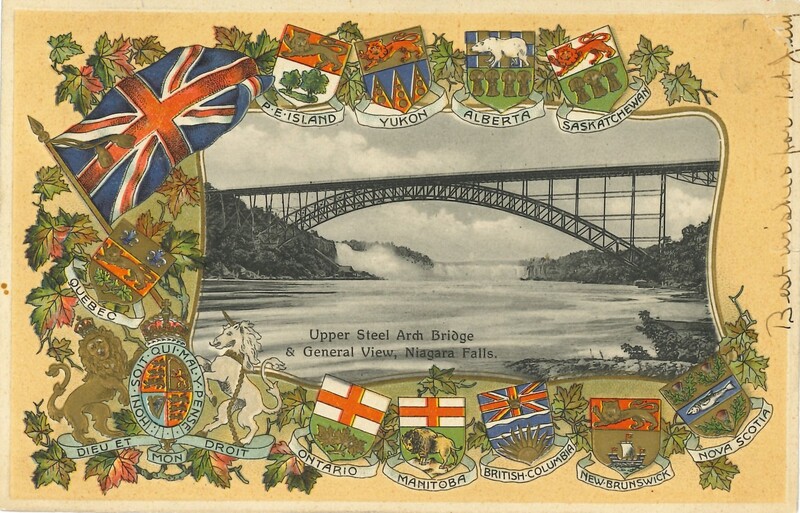 Postcard of the Steel Arch Bridge with Niagara Falls in the background.  The photo is surrounded with the crests of the Canadian provinces and the Yukon.  A handwritten note on the right reads "Best wishes for 1st July [Canada Day]" 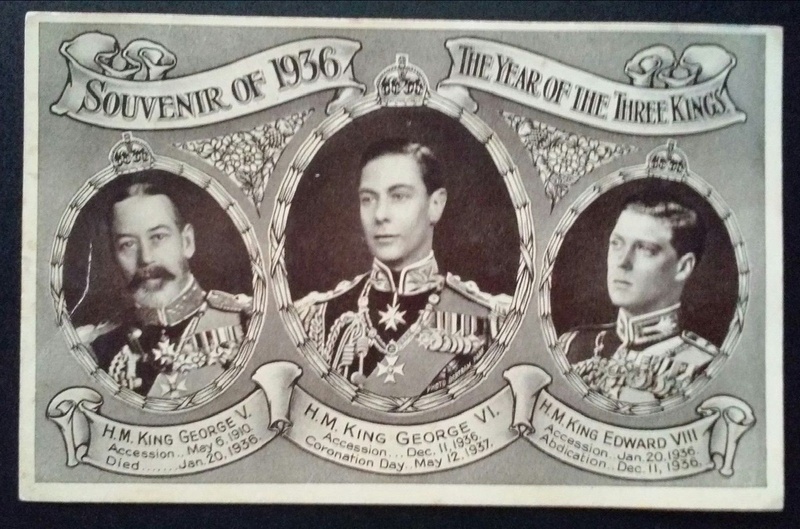