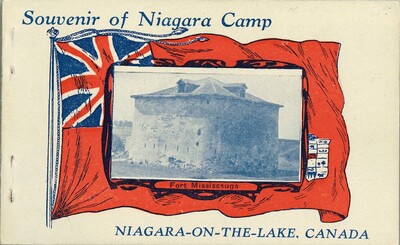 The cover of a booklet of postcards featuring scenes of Niagara Camp, 1917.

The collecting of postcards as souvenirs was common.  Virtually any experience or event could be remembered with a souvenir postcard.   Such postcards could be kept as a reminder of the experience, or mailed to family and friends to provide them with a snapshot of the sender's current surroundings.

Niagara Camp was a military training camp in Niagara-on-the-Lake.  During the first World War, it was used to train recruits.  Thousands of soldiers and visitors came to Niagara-on-the-Lake during the war because of the camp.  A booklet of postcards was produced containing a variety of scenes from the Camp, providing the viewer with a glimpse of what life was like at Niagara Camp during the first World War. 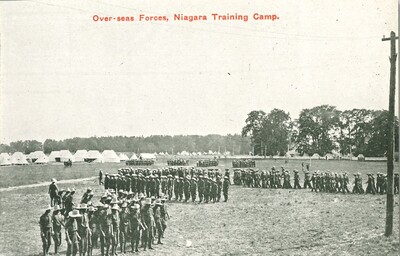 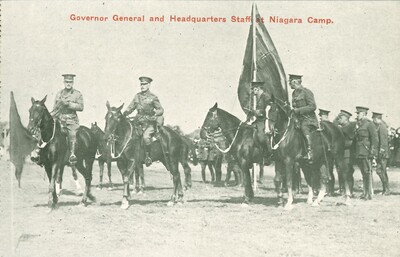 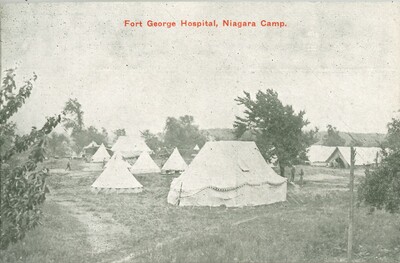 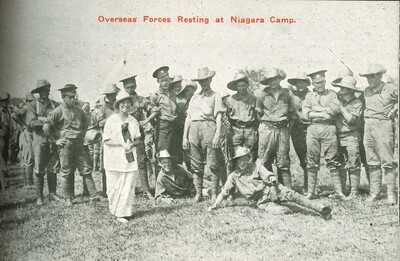 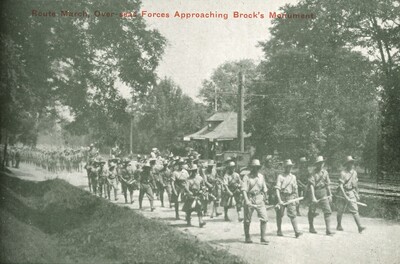 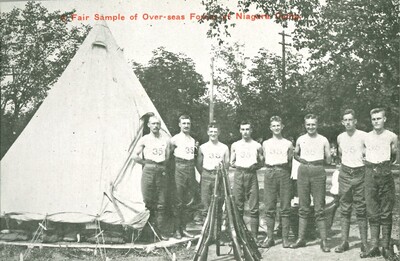 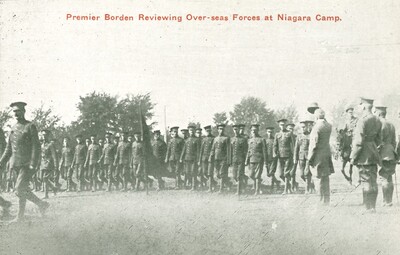 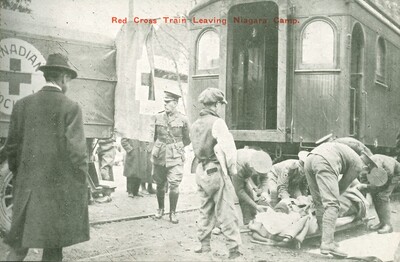 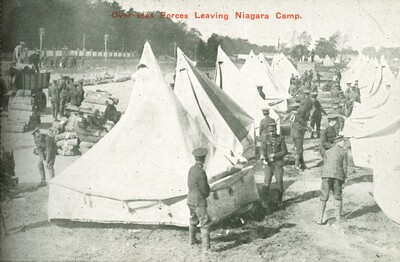